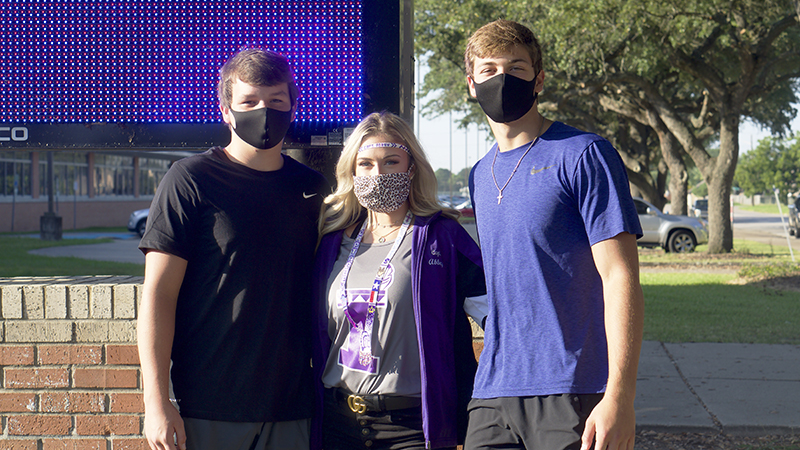 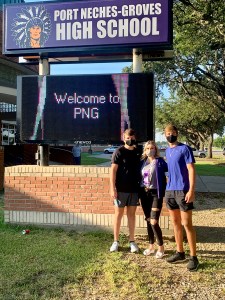 Despite the anxiety, doubts and uncertainty of starting school during a global pandemic, Assistant Superintendent Julie Gauthier said the first day of school was phenomenal.

“Everybody was beaming everywhere we went,” she said. “There is so much nostalgia with the first day of school, and we haven’t seen any normalcy in six months, so this was a welcome sight.”

Gauthier said everyone was ready to see some normalcy.

“I think just that it comforted these kids to be back into a routine and a familiar space,” she said. “This pandemic is something we’ve never had before. We’ve had little breaks before due to hurricanes, but nothing like this. To be able to get back to school today, to see those faces light up — that’s why we got into this work.”

Port Neches-Groves High School seniors Blake Bost, Abbey Humphrey and Brooks Barnwelo said they were all excited to be back at the Reservation.

“Everybody’s got a positive spirit about coming back, and it’s great to have the normalcy,” Bost said. “We haven’t been to school since March, and I think online classes were harder to grasp for some people. It’s really better to be face to face seeing everything the teacher does.”

Humphrey, an Indianette, was glad to see her friends after months of solitude.

“I am most excited about football season, performing for halftime shows and just to experience senior year in its fullest,” she said. “We’ve worked 11 years for this moment, and it would be really heartbreaking to do it at home behind a screen. I am really excited that we can be in school and face-to-face with everyone.”

Brooks said he is also grateful for his senior season.

“I’m excited for football season and peer tutoring where we get to go to other campuses,” he said. “We haven’t been able to get together as a team, so really we’ve been ready to get together, grow as a team and play the season. It would have been really hard to just sit at home my senior year and take online classes. It’s great to actually be here and experience a senior year.”

Gauthier said this week is just the first step.

“From here we continue our protocols,” she said. “This is going to be a tough year with strict procedures and guidelines to follow, so we are going to continue to keep our guard up, be thankful for every good day we have and be ready to tackle any bumps in the road.”

PNGISD served a total of 5,072 students on Wednesday. Of that, 94.4 percent attended in person and 5.6 percent were homebound.

The district saw approximately 165 students that either moved or transitioned to homeschooling from 2019-20.

Gauthier said those numbers are normal.

The only hiccup to the week started with a Tuesday night announcement that eight Port Neches Elementary staff members would not be in attendance for the first day of school after one tested positive for COVID-19 last week.

Gauthier said all eight are nearing the end of quarantine.

“We have all procedures in place if anybody tests positive,” she said. “We follow the state recommendation, the health department guidelines and PNG’s own guidelines that say that positive person has to do a 10-day quarantine.”

After conducting a close contact tracing, seven other staff members were sent into quarantine. None have tested positive or shown symptoms.

Gauthier said the group all had lunch at a facility outside the district.

“There were seven others that could not guarantee that they had their masks on properly,” she said. “They went out to lunch together and took their masks off to eat. The good thing is only one tested positive. The other seven are just being careful and cautious.”

Unable to identify how many were teachers, Gauthier said that all eight were personnel from Port Neches Elementary.

They are expected to return to school around the end of next week.

“All this was part of our plan,” Gauthier said. “This does not affect anything. All the teachers have contacted their students and parents with the situation so we have subs covering those classes where needed.”

Gauthier said this is not the first positive case for the district.

“This is the new normal,” she said. “This isn’t our first positive, but this is the first case since we’ve been in the buildings. That’s why we started contact tracing as soon as teachers came back.”

The elementary campus, along with every other campus, has already received a deep cleaning. Campuses are being sanitized twice a day, every day. 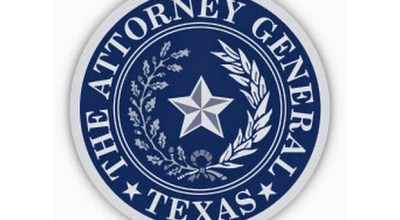