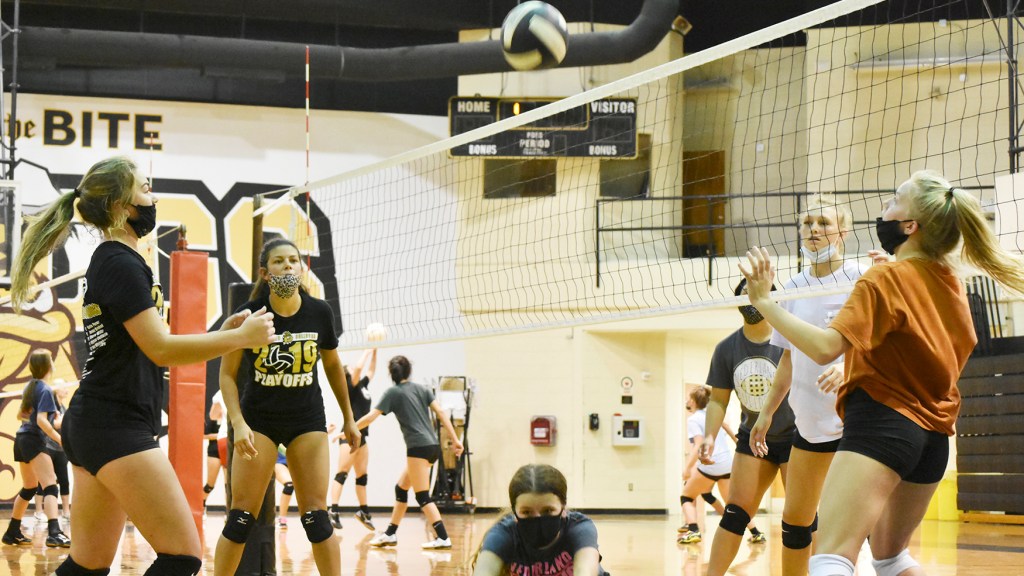 NEDERLAND — It will be four more weeks before Nederland and other 5A and 6A teams officially take their first serve of the volleyball season, but the Bulldogs don’t seem to be impatient. 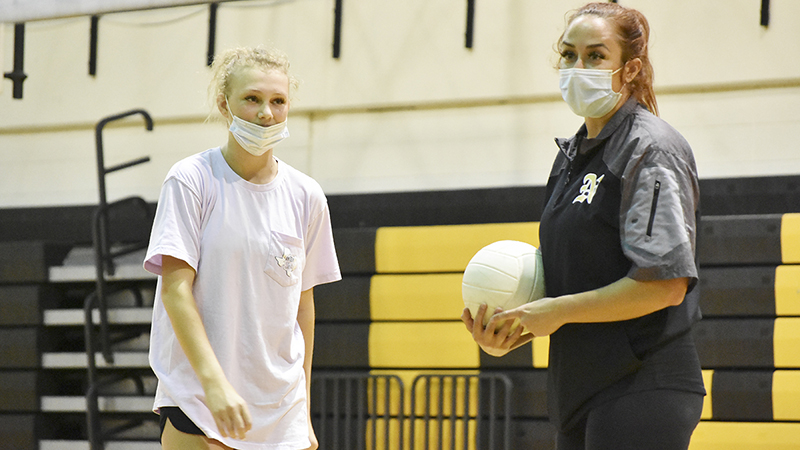 “I think it has really helped us to play more and get more touches and reps in practice together as a team,” said Kamren Savarino, a junior and returning District 21-5A setter of the year. “It’s really helping us out.”

The Bulldogs, who finished second in the district a year ago, resumed summer workouts July 27 after taking three weeks off and will officially begin practice Sept. 7 with the season to begin Sept. 15 at Dayton.

They’ll have scrimmages at 21-5A champion Barbers Hill and Manvel to close out their first practice week.

Although the coronavirus crisis prevented them from attending class on-campus following spring break, they stayed competitive virtually by participating in an online workout contest with archrival Port Neches-Groves.

Many of the players competed in summer leagues before returning to preseason camp, an experience that could be invaluable for a team with only four seniors — and juniors who are entering their third year on the varsity level.

“We have nine returning players from the team last year,” coach Allie Crommett said. “And then, a solid group of people from our JV team who I feel like will replace some of the key players we lost from last year. I feel like, overall, we’re as good or better than we were last year.”

The 2019 Bulldogs started their season 2-6 but won 25 of their next 35 matches and posted a 10-2 record in 21-5A play before falling to Texas City in a bi-district round sweep. Nederland’s second-place finish was its highest since winning a share of the 2016 District 22-5A title.

“I feel like this group is much more competitive this year, so they’re constantly pushing the level of play because they are so good,” Crommett said. “They’re all friends and they like to make sure she’ll step in if someone is having trouble.”

Senior Rylee Bolser, a two-year letterman, feels the competition from her younger teammates.

“I’m really competitive and I like to win,” she said. “And, so, the fact they’re, like, returning varsity players, I need to push myself to try to get better because I don’t want younger people beating me. I think that helped pushed me as a player and to work harder to become better.”

Katie Perez, a first-team all-district performer, is one of those well-versed juniors who touts teamwork as the Bulldogs’ calling card for success.

“Teamwork has gotten really better,” Perez said. “I feel like, my first year, we weren’t as close. We’ve built a better bond this year. So, that makes us stronger playing together.”

(All varsity match times, unless otherwise indicated, at 6:30 p.m.; home matches in BOLD; *-indicates 21-5A match)