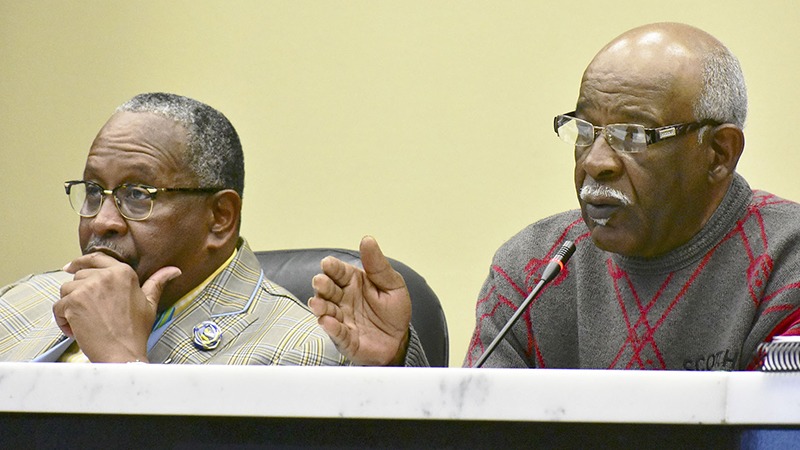 A regular meeting that usually lasts no longer than 2½ hours was not completed within the four-hour time limit the Port Arthur City Council was allotted on Zoom, according to elected officials, forcing the council to recess and resume Tuesday’s agenda at 3:30 p.m. Friday.

State law requires governmental bodies to post notice of an open meeting at least 72 hours before the schedule time of meeting, hence the delay to Friday.

Tuesday’s meeting started at 11 a.m., and the open session was not wrapped up by 3 p.m.

The council acted on all but three non-consent ordinance proposals and did not go into a closed meeting as listed on the agenda by the time its Zoom time ran out. Councilmembers have been meeting via the audio/video teleconferencing platform since March, when city hall was first closed to the public due to the coronavirus pandemic.

Councilmembers engaged in a lengthy discussion over whether three expense requests from Mayor Thurman Bartie should be approved, causing the meeting to go longer than scheduled. The council approved Bartie’s request for a $199 registration fee to the National League of Cities Virtual City Summit from Nov. 8-11 and $1,399 in expenses for Golden Triangle Days in Austin from Feb. 8-9, 2021, but tabled his request for membership renewal to the Texas Association of Black City Council Members.

District 4 Councilman Harold Doucet has often been opposed to Bartie’s travel expenses, citing citizens’ unhappiness with the way the city has spent taxpayer dollars on travel, and Doucet didn’t change his stance after Tuesday’s meeting.

“The mayor tried to tell the people that him being involved in all these different committees would benefit the city of Port Arthur,” Doucet said. “The mayor wants to get involved in all these organizations, but he wants the taxpayers to pay for it. … We went through an ordinance change where we would be approved for one Texas Municipal League conference, one National League of Cities conference and one Golden Triangle Days. After the mayor went to D.C. with almost a $6,000 expense, we went back and said, from now on, all travel needs to be approved.”

Bartie submitted a $5,893.36 request for the National League of Cities conference during a March 31 meeting. It was approved.

Bartie, a second-year mayor, voiced his frustration over the matter taking longer than expected to discuss and thinks the problem is more with him than it is about expenses.

“Ray Charles could see what this is all about,” Bartie said. “That discussion has been going on for a long time. I’m not the only councilperson that’s a member of the Texas Association of Black City Council Members. People will spend hours being redundant about one issue.”