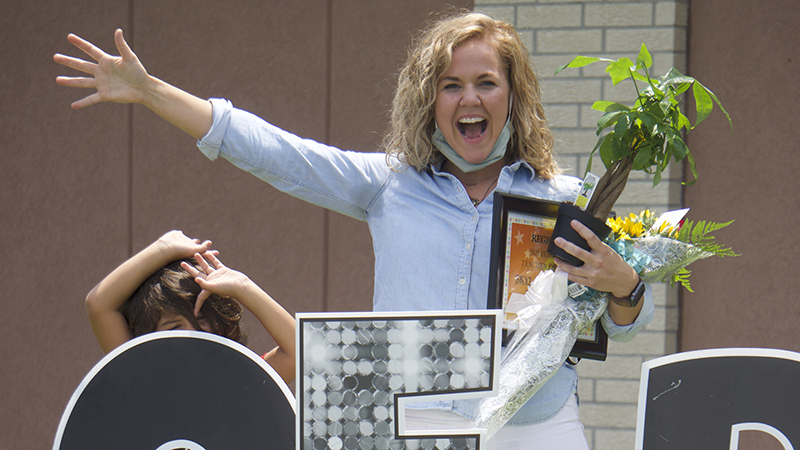 Slaughter said she was definitely surprised.

Slaughter’s time as a third grade English and language arts teacher at Adams is often spent making the campus a better place.

In the last six years she has started a water aide initiative to bring safe drinking water to children in Haiti, grown a harvest garden on campus, served as a president of the Parent Teacher Association and works as a district mentor for new teachers.

Slaughter was also voted the district’s Elementary Teacher of the Year earlier this year for PAISD. 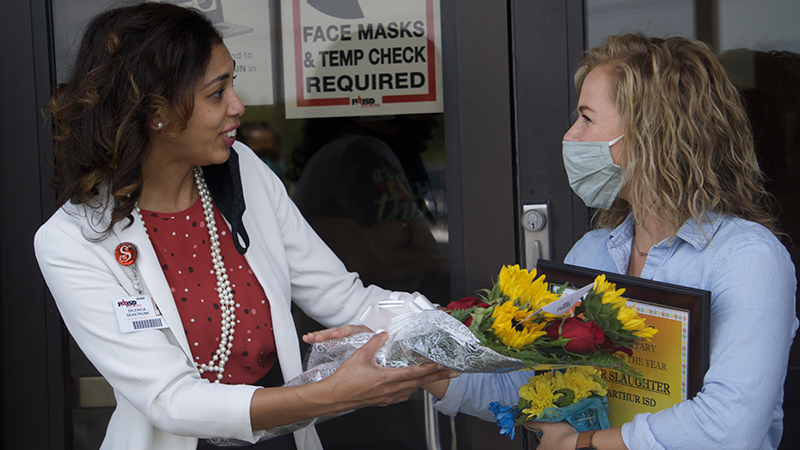 Seastrunk said she could see why Slaughter was nominated for both prestigious awards.

“When I first arrived on campus I knew that we had the district-wide Elementary Teacher of the Year,” she said. “I already knew her name. I already knew that she was a third-grade teacher, so I was looking forward to meeting her. When I walked in her classroom to introduce myself to her, she immediately lit up to see me.”

“That was my first time meeting all of Adams’ teachers that day,” she said. “I was introducing myself and I almost felt like a child going into third grade for the first time because her face lit up. Her face smiled. She was so excited to meet me. Her classroom was warm. She was warm and I thought to myself, ‘I can see why she’s the district’s elementary teacher of the year.’”

Although new to the campus, Seastrunk is no stranger to PAISD.

“To have someone like Slaughter in the district just speaks volumes to the people that we have working for us and for our children,” she said. “If she is infectious enough to motivate our campus teachers, that just trickles down into our students. Her presence, her working here at Adams, her being here at PAISD is just invaluable to us.”

Porterie said the district is excited for Slaughter.

“She is so deserving of the is award,” Porterie said. “She is always happy and she is committed to serving our children.”

Slaughter said the recognition is amazing.

“I feel so good about it because I don’t think PAISD has won in a long time, so it’s nice to bring it home to Port Arthur,” she said. “I’m excited and I’m sure our students will be excited when they find out as well.”

Slaughter is now in the running to become one of three educators chosen out of 20 for Texas Teacher of the Year.

The formal announcement will be made Aug. 28. 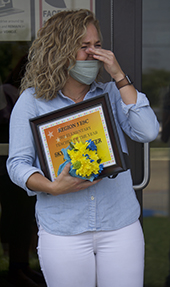 Skylar Slaughter sheds a tear at being named  Teacher of the Year.