LETTERS TO THE EDITOR: Dudley Champ remembered for faith, friendship 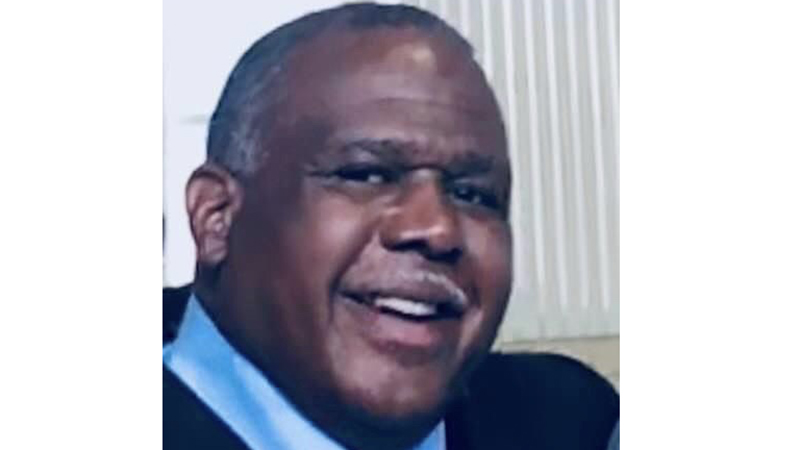 I read with interest Mary Meaux’s article on Dudley Champ, the officer from the prison. I realize you have already covered this story but I felt compelled to let you know that you could write volumes about the kind of man Dudley Champ was.

He lived next door to my folks on Asbury Street for years. Always helpful, always cheerful, he was the kind of man my father valued.

An old White engineer befriended a younger Black man. True friends that were kind to each other and helped each other out in any circumstance. Absolute respect from both sides.

When my father became ill and needed chemo, I brought my dad back and forth for treatments. When my father was hospitalized near the end for him, Dudley would stop me in the driveway and ask about my father’s health.

When my dad died I drove from St. Elizabeth’s to St. Catherine’s Church to begin the plans for the service. Once I arrived back to the house on Asbury, Dudley could see I was upset.

He asked if I was OK and I told him what happened. Ever the gentleman, he asked me if I could use a hug. I could. He hugged me and comforted me. A kind, Christian man. He was there at the funeral even though it was storming.

It was storming again in Hurricane Harvey. My dad had been gone for a little over five months. The water came up in the yard and then went down. Then the water came back up until my mom had eight inches of water in the house.

I had been up all night lifting up important photos, power cords, critical documents, etc. The one thing I could not lift was the generator.

I built a ramp and got it off the carport floor and into the house, but I simply could not lift it up further and was alone with my 80-year-old mom. I called Dudley.

He was in the middle of lifting up his own belongings to keep them safe but he promised to come over. Shortly after midnight, with 6 inches of water in the house, there was a knock at the door.

When I opened the door, there stood Dudley Champ, in his rain slicker and rain boots. He came over to offer his services. Together we lifted that 100-pound generator onto the living room coffee table and safe from the water.

He offered any other assistance but we had the rest covered. He went back home to his lovely wife. THAT is the kind of man Dudley Champ was. Always a gentleman. Always a servant in Christ.

I feel if you interview a few more people you could do a spread on the life and works of Dudley Champ. Good gentlemen like Dudley are hard to find.

— Donna Brownlee Hunter, The Woodlands (grew up in Port Arthur)

Dudley Champ was a friend to value

Dudley Champ lived next door to my parents in Port Arthur, and he and his wife were really wonderful people.

They both always had a kind word to say and you could easily get drawn into a conversation about almost anything with either of them. My parents valued their friendship.

I always found Mr. Dudley to be a man of good humor, always willing to thoughtfully listen and always having something positive and uplifting to say. In an era where people are seemingly interested only in themselves, Mr. Dudley had the ability to just listen to what you had to say. That’s a gift.

After my own father had passed, I was there in Port Arthur one weekend taking care of something at the house where my mother still lived.

Once again I found myself out in the front yard talking to Mr. Dudley. In retrospect I think his wonderful wife might have stationed him out there to provide comfort to wayward souls passing by.

I think I might have qualified as one of those people at that time. We talked like old friends for a while and then he shifted the topic over to my father and his recent funeral.

Mr. Dudley, a strong Catholic, left no doubt about what he thought when he stated where my Dad was now and how perfect things were for him in Heaven.

The way he spoke; the confidence and the calmness he exuded helped me feel better. He wasn’t trying to convince me of something — he was simply telling me how it was.

I hope that Mr. Dudley has found that same peace he described to me that afternoon.

It sounded just about perfect — and there is no doubt in my mind that Mr. Dudley deserved it.

Dudley Champ was a genuinely good man whose friendship I valued.