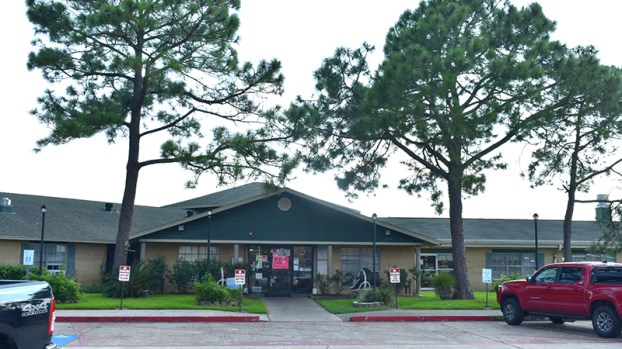 Senior Rehab is presently closed to visitors to limit the spread of COVID-19. (I.C. Murrell/The News) 8-7-20

Administrator: Senior Rehab staff, residents not in danger of COVID-19 during state probe

None of the staff members and residents of Senior Rehabilitation & Skilled Nursing Center in Port Arthur have tested positive for coronavirus during or after a state investigation into the facility, its administrator said Monday.

The Texas Health and Human Services Commission, or HHSC, probed the nursing center at 8825 Lamplighter Lane, just off FM 365, from March 31-April 3 and determined it was out of compliance with coronavirus infection control, in addition to administration or state and local regulations. It also found 20 residents and staff members were at risk for harm from COVID-19 within three weeks of the World Health Organization declaring the disease a pandemic.

Sixteen staff members had direct contact with a registered nurse who tested positive for coronavirus, according to findings to the probe Port Arthur Newsmedia acquired via a Texas Freedom of Information Act request Friday afternoon. Senior Rehab administrator Andy Hill said the facility has made the necessary corrections to comply with coronavirus infection control and all regulations.

But the test result, for which the nurse received a physician’s letter asking her to stay home until further notice, was a false positive, Hill told The News.

“We validated that by having additional tests run,” Hill said. “We had the nasopharyngeal test, and that was negative. The antibody test was negative. A double negative. She was never positive to begin with. … Thankfully, no other residents show signs or symptoms.”

Investigators found that Hill directed the nurse to work three shifts on a unit that included 20 residents prior to receiving her test results and did not require her to wear a mask and gloves while providing care when she returned to work at his request. Hill did not address those findings, but he did say the nurse has “gone on to other employment.”

Hill added other long-term care facilities experienced a number of false positive tests. He explained facilities in surrounding areas have undergone investigations for compliance, which he says are routine for HHSC investigators. The HHSC indicated however it responded to a complaint about Senior Rehab.

“People do have the right to complain,” Hill said. “We do like to have transparent care at Senior to keep everyone informed.”

None of Senior Rehab’s staff members was terminated as a result of the investigation, Hill said. The facility includes approximately 97 residents and 120 staff members, he said.

Senior Rehab has not faced any financial penalties from the HHSC, either, according to Hill. It did face an immediate jeopardy classification of an incident in which officials said an assistant director of nurses did not provide training to the registered nurse regarding appropriate personal protective equipment to wear. Immediate jeopardy is a federal term defined as “a situation in which the provider’s noncompliance with one or more requirements of participation has caused, or is likely to cause, serious injury, harm, impairment, or death to a resident.”

HHSC removed the classification the next day, although Senior Rehab “remained out of compliance at a potential for more than minimal harm with a scope identified as widespread due to the facility’s need to complete in-service training and evaluate the effectiveness of the corrective systems,” investigators wrote.

Michelle Lair, vice president of clinical services for Southwest LTC, a Plano-based company that owns Senior Rehab, led education efforts on state and federal COVID-19 regulations during the probe as a corrective act. She said each staff member underwent training with the screening process before starting a shift and had to pass a test on COVID-19 policies and procedures before they could begin work.

She added new hires are to be tested on those policies and procedures and Senior Rehab will be notified of results before a hire can begin work.

“Our follow-up was very strong,” Lair said, adding the facility’s violations were “unfortunate.”

Before the investigation, Lair said, 21 employees were sent home from work due to possible contact with the nurse. To assist, she sent staffers from her Plano office to the Port Arthur facility.

“We were able to work through it,” she said. “We always have enough staffing. People picked up shifts. I worked on the floor and through the weekend to make sure the people were taken care of.”

Senior Rehab is presently closed to visitors in an effort to limit exposure to COVID-19, but Hill welcomes family members to interact with their loved ones.

“We have allowed family members to come to windows,” he said. “There is a floor-to-ceiling glass door where family members can come and we push loved ones up to the glass door and talk via phone call or microphone with a speaker.

“We highly encourage family interaction. It can’t be person-to-person.”

Hill says Senior Rehab follows guidelines set by the Centers for Disease Control and Prevention, Centers for Medicare and Medicaid Services and the HHSC, but those regulations are changing “very rapidly” and his staff members are adapting to and implementing best practices for nursing and infection control.

“Our state investigators are pretty thorough,” Hill said. “With the changing regulations from the very beginning until now, it’s been rapidly changing. We have to adapt and overcome. Our residents and our staff are our most important assets. We practice what is best for them. If the state finds there was something we could have done better, that’s constructive criticism, and we look to improve ourselves with their assistance.”

NEDERLAND — A Beaumont woman who left her vehicle running with her 12- and 9-year-old children inside had her Jeep... read more