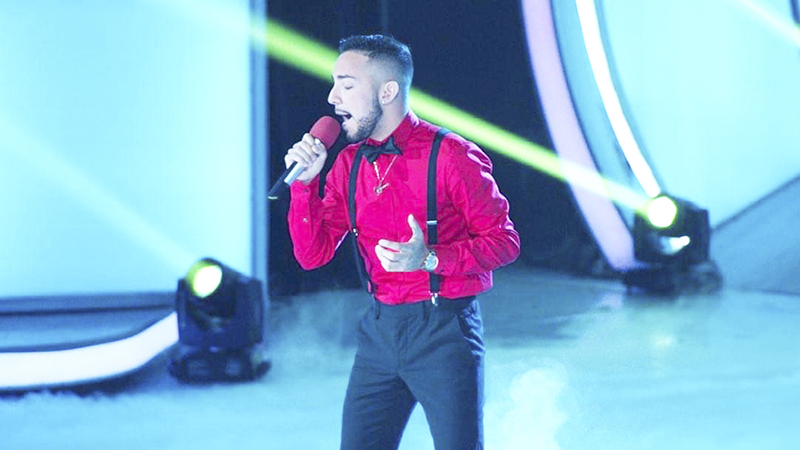 Enrique Reyes, 21, performs during his final round on Tengo Talento, Mucho Talento in Los Angeles on Wednesday. (Courtesy photo)

Four judges rank the singing talent of a handful of competitors throughout four months until crowning one winner and four finalists. Wednesday night, Reyes finished second in the competition.

Adriana Sanchez, media coordinator for the school, said Reyes would always carry his guitar and would sing at any chance given.

“He was a very creative student and enjoyed soccer, as well,” she said.

Reyes was born in Cotija, Mexico. He moved to Port Arthur when he was 7 and attended Sam Houston Elementary, Robert E. Lee Middle School and Thomas Jefferson High School before moving to Bob Hope.

He’s been singing since he was 4 years old.

“I started singing at family parties, and as I grew up I got more serious about music,” he said. “It was hard at first because I was shy, but then I started singing for more people and got comfortable with it.”

Reyes’ grandmother passed away two years ago. Her departure was a huge motivator for the young artist. 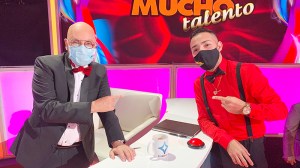 “I wanted to make her proud,” Reyes said. “Even if she isn’t alive, she believed in me and I had to take that step for her. That’s why I auditioned for the show in the first place, to make her proud and show her I could do it.”

Reyes was one of eight singers called back after the initial Houston auditions in February. His journey brought him all the way to Los Angeles.

“I was nervous before taking the stage, but once I got in that spotlight, saw the judges and the audience, I felt comfortable,” he said. “I was there. It was my time and I knew what I had to do. It really brought me out of my comfort zone, but that was my dream and I had to do it.”

Only five finalists made it to the top spots out of approximately 100 participants.

“It’s everybody’s dream to get to first place, but I had to be realistic. I didn’t even think I’d make it to the finals,” Reyes said. “So that feeling of getting second place, it’s not as good as getting first place, but it’s amazing. It was my first time auditioning and singing for that large of an audience. I’m proud of myself and thankful for everybody that voted for me.” 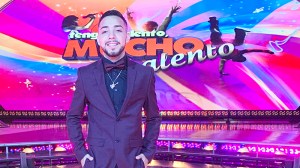 Reyes said the experience showed him he is on the right path.

His dream is to be recognized for his voice.

“I want to be part of that Mexican culture and artists that everyone listens to,” he said. “I want to be someone important in the Mexican music industry and be an inspiration to others.”

Reyes wants to give a huge shout out to everyone who supported him along his journey.

“Mostly my family, my parents and my family,” he said. “They supported me the most. My girlfriend also supported me a lot. To my family and friends, I just want to say thank you.”