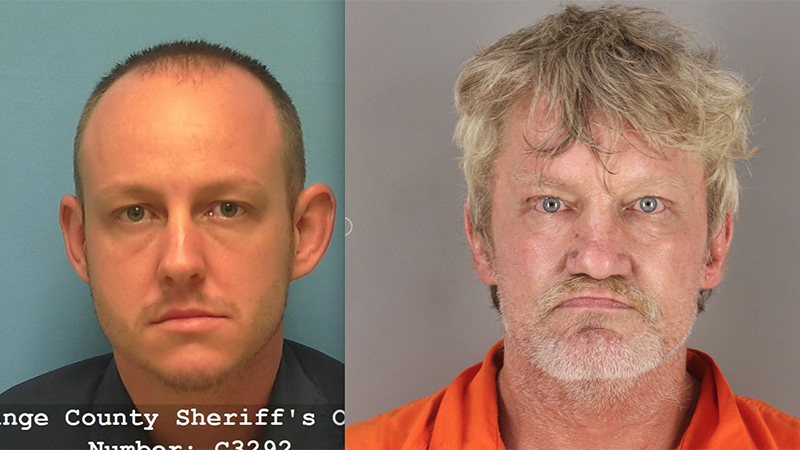 PORT NECHES — Two men are now behind bars on charges of stealing brass vases from gravesites.

The Jefferson County Sheriff’s Office Warrant Division and the U.S. Marshals Fugitive Task Force located and arrested Michael Shane Socia, 48, on two counts of theft on Tuesday. One of the counts was state jail felony.

A Crime Stoppers tip led to the arrest of the second man, Terry Allen Tubbs, 32, of Vidor by Beaumont Police at about 8 p.m. Wednesday, JCSO Capt. Crystal Holmes said. He is charged with theft and bond is set at $60,000.

Port Neches Police Det. Scott Thompson said a tip came from a scrapyard where one of the men tried to sell the brass fixtures taken from Oak Bluff Memorial Park.

The tip came in to Thompson’s office and led to the identification of one of the suspects.

Another individual informed the detective of a scrap yard in Louisiana where a suspect attempted to sell the vases, thus leading to the identification of the second man.

On July 7 and July 9, the Jefferson County Sheriff’s Office and Port Neches Police Department received reports of stolen vases from gravesites at Greenlawn Cemetery in Groves and Oak Bluff in Port Neches.

Jasper County Precinct 4 employees located the vases that had been stolen from Oak Bluff — they had been dumped in the wood line in what police believe was an attempt to discard them. They were returned to Oak Bluff.

Thompson said a majority of the vases recovered and returned were not damaged.

“They were the entire vases,” he said. “They were not cut down.

The major key that broke the case was a phone call, he added.