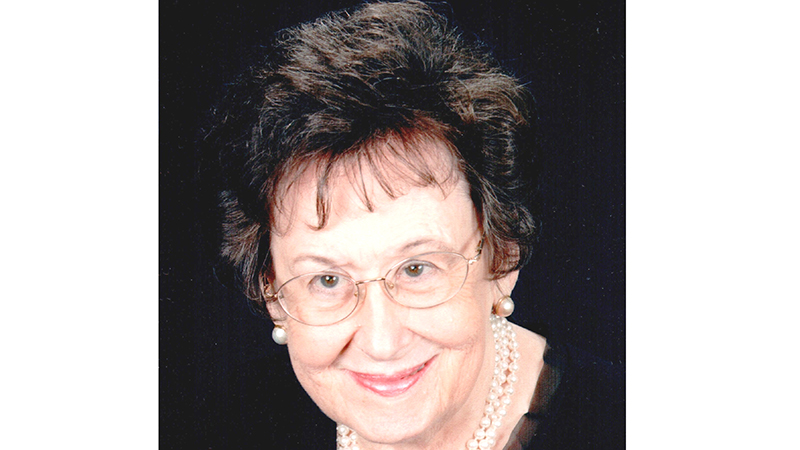 Jane Ansalee Stovall Davidson, 94, of Georgetown, passed away on Saturday, July 25th 2020, after a brief stay at Wesleyan Nursing and Rehab under the care of Wesleyan Hospice.

She was born in Miami, Texas, to her parents John Oates and Juliette Trussell Stovall.

She was preceded in death by her husband of 66 years, Horace C. Davidson Jr.

After graduating from Canadian High School (H.S.) in 1943, she completed studies at Texas Women’s University (1947 and 1974) and Sam Houston State University (1963) for Bachelor of Science, Master of Arts, and Ph.D. degrees in Family and Consumer Science.

As a certified Family and Consumer Sciences professional, her life was devoted to strengthening families through active leadership in educational as well as community organizations.

After teaching at Vidor H.S., South Park H.S. in Beaumont, and Thomas Jefferson H.S. in Port Arthur for 17 years, she joined the Family and Consumer Science faculty at Lamar University in 1970.

In the wake of receiving tenure and advancing to the rank of full professor, she retired in 1989.

She was an active member and leader in various professional organizations at the national, state and local level.

She served as a member of the National Future Homemakers of America Teacher Education Task Force 1981-1984 giving emphasis to the development of leadership skills in youth.

She believed in and lived the creed of that organization, “We face the future with warm courage and high hope.”

Throughout her lifetime she was active in her church as a youth director, Bible teacher, director of children’s choirs, leadership
team member and pianist.

She was a member of First Baptist Church in Groves for 25 years where she served as the church organist.

She was later a member of Calder Baptist Church in Beaumont, and, after moving to Georgetown in 1996, she became an active member of the Pathfinders Class, Chancel choir, and the Reading Circle of the First United Methodist Church there.

Music was an important part of her life. She began studying piano at age 10 and later became an accompanist for high school choral groups.

She continued serving as a church organist and pianist into retirement.

She continued also to be active in community organizations after retirement as she served in various capacities in the New Horizons Extension Education Club, Georgetown Study Club and Family, and Consumer Sciences Program Area Committee of Williamson County Cooperative Extension Service.

She helped organize the Blacksmiths Drive Book Club and continued to provide leadership for the group until 2011.

Along with her music and community work, she enjoyed cooking and travel throughout the United States and the world.

In lieu of flowers, contributions may be made to the Dr. Jane S. Davidson Scholarship, Lamar University Foundation, P.O. Box 11500, Beaumont, Texas 77710.

Contributions may also be made to the Museum of the Gulf Coast in memory of Dr. Jane S. Davidson, 700 Proctor Street, Port Arthur, Texas 77640.