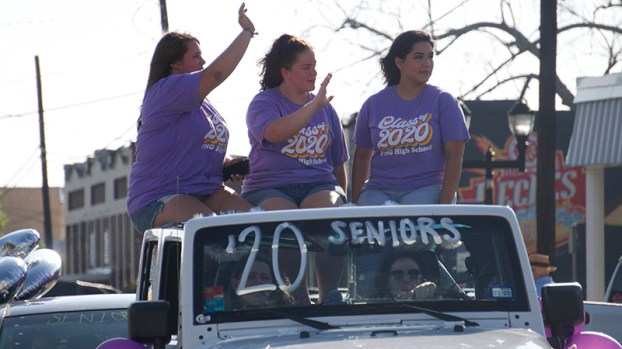 The document was added in 2018 after district administrators attended a training seminar on the importance of healthy communication between parents, students and staff.

PNGISD School Board President Scott Bartlett said he is surprised that after three years people are just now reading the details.

“Knowing that it’s been around for a couple years, it’s honestly surprising to me the reaction that we’ve gotten this week,” he said. “I truly don’t know why it’s such a sensitive issue all of a sudden, maybe because it was posted on social media and allowed more people to chime in.”

Bartlett said he absolutely agrees with the code of conduct.

“It’s important to alert the parents of the district where the school stands and what we expect of our parents and our students,” he said.

The purpose of the code of conduct is to: “Provide a mutual understanding to all parents/guardians and visitors to our school about conduct expectations while on school property, at school district events and when interacting with district employees and/or students.”

Assistant Superintendent Julie Gauthier said the document has not changed in the last two years.

“The code of conduct is a proactive approach to laying down a partnership between the parents, students and the school,” she said. “The document gives the guidelines to show how we can work together.”

The parent code of conduct is a reference point used to show the district’s guidelines on acceptable and unacceptable behavior from parents/guardians.

For example, the document has been used to protect employees from being personally attacked on social media, to corral parent meetings gone askew and to enforce respectable behavior at athletic events.

The targeted bullet point in question includes the final point.

“Defamatory, offensive or derogatory comments regarding the school or school staff made publicly to others is prohibited.”

Gauthier said this statement does not infringe on one’s first amendment rights or their ability to post on social media platforms, but rather protects the shaming of specific employees without their knowledge.

“The hard thing is, with social media, all the information out there isn’t always correct, but as a district we can’t always correct that and we can’t see everything,” she said. “We aren’t taking people’s rights away or saying that you can’t share concerns. We are just asking you to share those concerns with us because there may be more to the story.”

Gauthier asks that all grievances regarding school performance or PNGISD-related business be brought to a district official or school board member.

“Life is different and the way people interact with each other has changed,” she said. “We were seeing that good, meaningful meetings for the kids are what are important and it all comes back to the kids. We want everyone to understand that’s what the end goal is.”