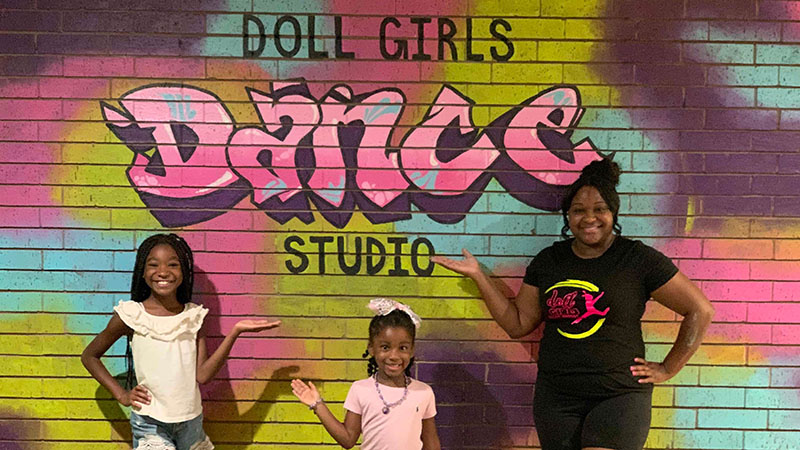 A brand new dance studio is opening in Port Arthur.

The Doll Girls Dance Studio, 3500 Memorial Blvd. Suite 200, opened today under the direction of Krystal Williams, who has wanted to open her own studio since she was a little girl.

“To see this come full circle is truly amazing,” she said. “I felt like it was a need for the community in Port Arthur itself, because we don’t have any here in the town that I grew up in.

“When I moved back to Port Arthur five years ago, I told myself I was going to start my own studio. When I started a 21-day fast with my church, I wrote down in my notebook my vision and asked God to show me my purpose. I’m a firm believer in writing your vision and making it a plan.”

Williams passed the Memorial location several times on her way to work until her significant other finally told her to call the number on the billboard.

“I saw it every day and never thought it would be my dance studio,” she said. “When I finally called the number and I walked in the building, I knew this was my dance studio. Seeing it solidified the decision for me and here it is, the grand opening.” 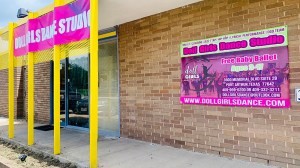 Doll Girls Dance is located at 3500 Memorial Blvd. Suite A in Port Arthur.

Williams said her passion for dance came early in life.

“My mom did hair when I was a little girl and she always had music playing, dancing around the house — that’s when I fell in love with it,” she said. “It was always around me when I grew up as a little girl.”

Williams’ grandmother was a Lincoln High School Honeybee. Her two aunts were swing dancers back in the day.

“Growing up, I didn’t want to burden my mother with the expenses of being part of a dance team,” she said. “So I’d make up my own teams, go to parties and dance on my own.”

Williams’ grandparents eventually paid for her classes as a Honeybee, a week before they passed away in a house fire.

“The day before my grandmother died, she said to me, ‘Don’t worry about nothing baby. We’re going to pay for your dance classes. Never stop dancing. Never stop dreaming.’ I’ve always carried that with me and held it dear to my heart. I didn’t know I would lose her a day later, but while most people drown in their sorrows, I use it to motivate me.” 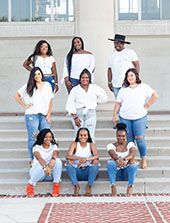 Williams’ significant other and two daughters were also a huge part in her dance career.

“I want to thank Kevin, my significant other, my two beautiful daughters Chaslyn and Kaylee, the Strong Tower Ministries church, my amazing family, super awesome friends and everyone who supports DGD,” she said.

DGD Studio combines a little of all styles of dance including ballet, tap, jazz, hip-hop and lyrical dances.

“It’s a combination of ballet, jazz and modern dance,” she said. “At my church I teach liturgical dancing and it reminds me a lot of that style of dancing.”

Not quite open, Williams is already reaching capacity for the studio’s 75 slots. There are only eight left.

“It hasn’t really hit me yet,” she said. “When God has already revealed the purpose and plan for your life, you have to step out in faith. When it’s for you, there is no worry in that. So I knew when I made my first move that the dancers were going to come. I knew that once I wrote the vision, and a plan, and had faith that it was going to come together and it has.”

“Alex brings a fun, energetic voice to the studio and she can dance,” Williams emphasized. “Jasmine is an all-around dancer. She used to dance for the Lamar team. John is the tap extraordinaire. He danced on Broadway in New York. Haley brings this sass, jazz and a whole lot of class to DGD and Bria brings so much creativity to our studio. I love my staff.”

Williams is excited to get the new season started on Aug. 31.

“I’m super excited to start my first dance season,” she said. “I’m ready to see those smiling faces, watch the girls grow and see the impact my studio will have on my community as a whole.”