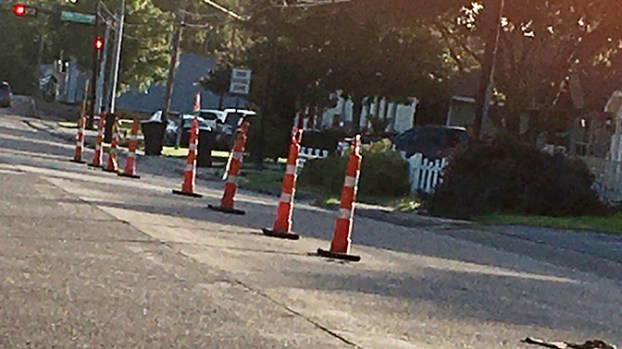 Through a unanimous vote this week, the Council awarded a $229,112.45 contract to Definitive Industrial Group out of Houston. The Council previously rejected bids in June and re-advertised the project.

Those bids were opened July 21, with Definitive coming in as the lowest responsible bidder. The project is funded out of the city’s capital outlay fund.

Parking lot completion is slated for 120 days after starting.

“There is a lot of leveling work that has to be done out there,” City Manager Chris Duque said in response to a councilman’s question about the high cost. “There are some pretty big craters and a couple of real big trees that when they were ground up created some divots.” 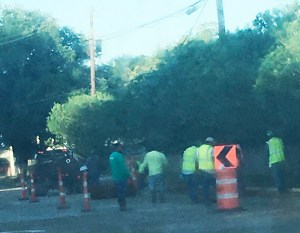 A group of workers gather Wednesday morning along Helena Avenue in Nederland before beginning the day’s road repairs, a project that is slated for completion before the 2020-21 school year begins. (Candace Hemelt/The News)

In other news, Public Works Director Robert Woods said the city’s 2020 asphalt improvement is substantially complete, with dress up and drainage work taking place on Avenue A and B.

Weather permitting, the project should be completely finished within two weeks.

The project is “roughly about 85 percent” through, the city reported.

The work is scheduled for completion before school starts.

Staff said they would produce photo or video before-and-after production to demonstrate the scope of the improvements to local residents.

She may be a new face on the Lamar State College Port Arthur campus, but Dr. Lona Alexander-Mitchell is no... read more