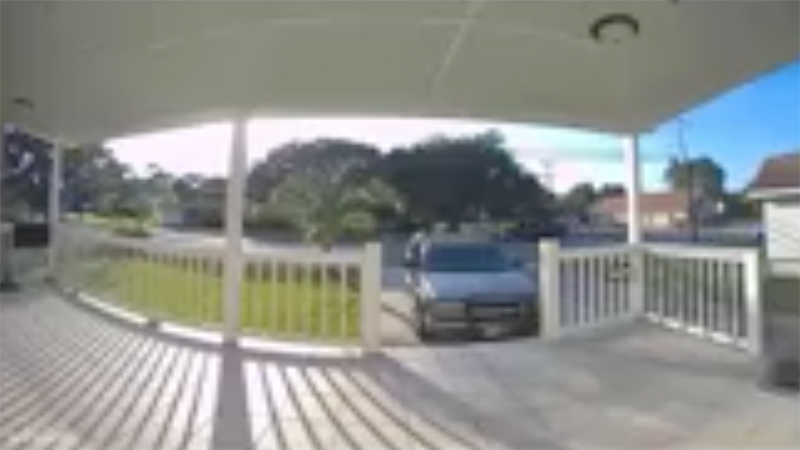 Pictured is a screenshot from a video released by Port Arthur Police that authorities say shows a vehicle involved in a July drive-by shooting.

Imagine sitting in your home surrounded by those close to you when gunshots aimed at your house suddenly ring out.

Add the fact the shooting took place during daylight hours and you have no idea why you were targeted.

Det. Sadie Guedry told Port Arthur Newsmedia on Wednesday the only thing shot was the house.

“There were people home, but they were not hurt when it happened,” Guedry said. “The complainant has no clue what it could be in reference to.”

Because of the vehicle’s distance from the targeted house and the victim’s surprise to the shooting, police do not have any descriptive suspect information to report.

The video shows the vehicle that drove by and shot at a house.

Authorities are asking anyone with information to contact Det. Eric Thomason at 409-983-8643 or Eric.Thomason@PortArthurTx.gov.

You will not be asked a name and could be eligible for a cash reward up to $1,000.