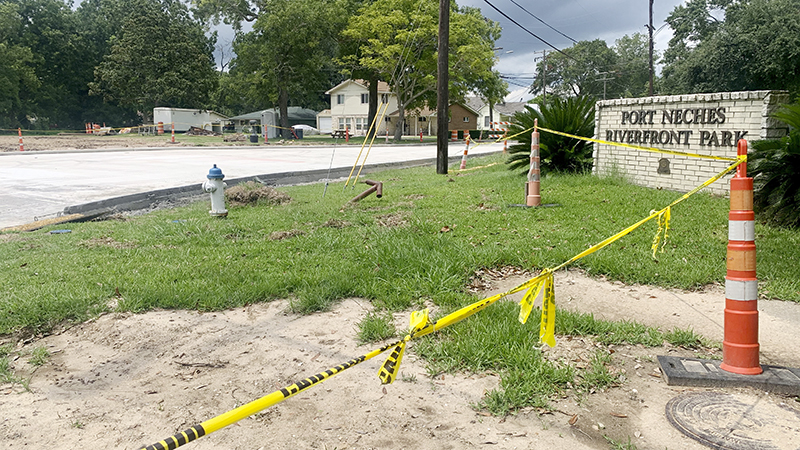 PORT NECHES — The Port Neches Riverfront is moving into the next stage of development with construction set to begin on the concrete walkway.

City council members approved a bid to McInnis Construction for $694,699.

The bid is broken down into two sectors, which are both scheduled to begin this year, the alternative bid and the base bid.

The alternative bid at $111,926 will cover the walkway project from the Indian Pointe Subdivision to the boat ramp. The base bid at $582,722 covers the cost of the open area development that will be located next to the future site of Iguana Joe’s.

The width of the walkway will sit at 12 feet wide within the commercial development area and 6 feet wide at the segment connecting to the boat ramps. 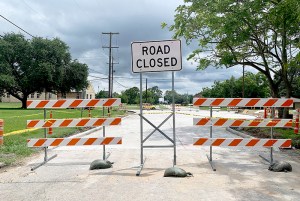 The road is closed for street improvements at the intersection of Merriman and Grigsby Avenue. (Cassandra Jenkins/The News)

McInnis Construction is requesting 190 working days to complete the project. City manager Andre Wimer said it is unlikely to take that long with construction beginning potentially by mid-August.

A rough timeline places the finishing of the walkway construction by the end of the year or early next year.

Once complete, the city will install benches and trashcans.

Port Neches Public Works Director Taylor Shelton also requested a change order for a street improvement project as it relates to the riverfront development at the Grigsby Avenue and Merriman Street intersection.

“During the initial phase of construction, a previously unknown, abandoned pipeline was found,” a city document stated. “In order to work around this pipeline, it was necessary to make adjustments in the project design.” 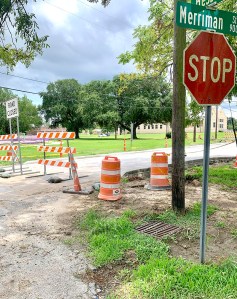 The Port Neches Riverfront Park can be accessed through a detour behind Merriman and Hess Street. (Cassandra Jenkins/The News)

Wimer said the change order does not hinder the street completion timeline.

“That work will be completed within the next couple of weeks,” he said.

Both the street improvement project and water and sewer projects will be complete by the end of summer.

The Neches River Wheelhouse is also expanding its ventures on the riverfront.

The city approved the sale of 0.3254 acres to the Wheelhouse to allow for the construction of additional parking.

Iguana Joe’s has not reported any new information, and discussion on a start date is still under advisement. 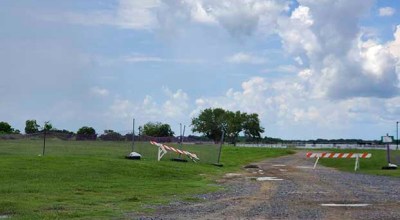