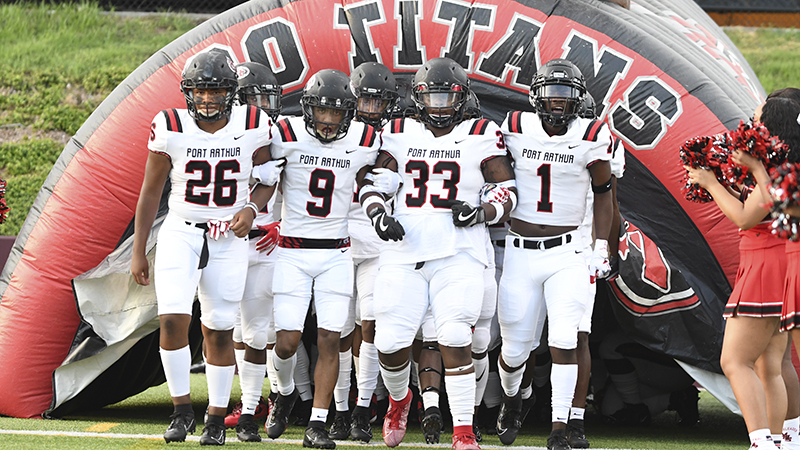 The Memorial Titans now know what their 2020 football schedule looks like.

Although head coach Brian Morgan said since Sept. 25 is still a ways off, lots of things could change between now and then.

“Our schedule’s in place until something changes, and that could be anything from Harris County judge, or Galveston County judge to Baytown ISD,” Morgan said. “There’s a lot of different people that could change that, but we’re going to keep our schedule in place. We don’t have a whole lot of options just based on the situation Baytown is in.”

Goose Creek Consolidated Independent School District, which oversees fellow District 9-5A Division I opponents Baytown Lee, Baytown Sterling and Goose Creek Memorial, has decided to push back the start of classes to Sept. 8 and only allow virtual instruction for the first three weeks.

Morgan said that this is the latest school start date of all the schools in 9-5A-I.

“Baytown’s got some scheduling issues just from the way they’re doing school,” Morgan said. “They’re in Harris County and some of the orders that came down last week limit how much flexibility we have as a district to move stuff around.”

District 9-5A-I has also decided to play the maximum 10 games allowed by the University Interscholastic League.

“We all want to definitely get in all of our district games,” Morgan said. “I think everyone agrees on that. We’d like to play all district games and all district opponents. Having them later on lets you adjust that, and then the non-district play is really up to each school.”

Memorial’s first game is on Sept. 25 at Port Neches-Groves. Originally, the Titans were going to play Lancaster until schedules were upended by the COVID-19 pandemic and guidelines issued by the UIL that pushed the football season back for 5A and 6A schools.

“We kind of set out to have a tough non-district schedule,” he said. “We’ve got three really good teams and three relatively local teams. I think that’s good. With Port Neches, Barbers Hill and Crosby, all three are really solid. We lost a really good team in Lancaster but picked up another good one in Port Neches. I think everything’s ended up working out, at least for the time being.”

Morgan said he’s waiting for more guidance from the UIL regarding exactly how they will be expected to keep stadiums at 50 percent capacity.

“My understanding is there’s really no choice to it — each team gets 50 percent,” he said. “But we’re kind of waiting for clarification from the UIL. Is it 50 percent of total capacity or is it 50 percent of the visitor’s side and home side capacity?”

Until something changes, Memorial is expecting to play three non-district games, take a bye week, then begin district competition in Week 5 at La Porte.