BRAD ROBICHAUX — How much school changes up to us & the pandemic 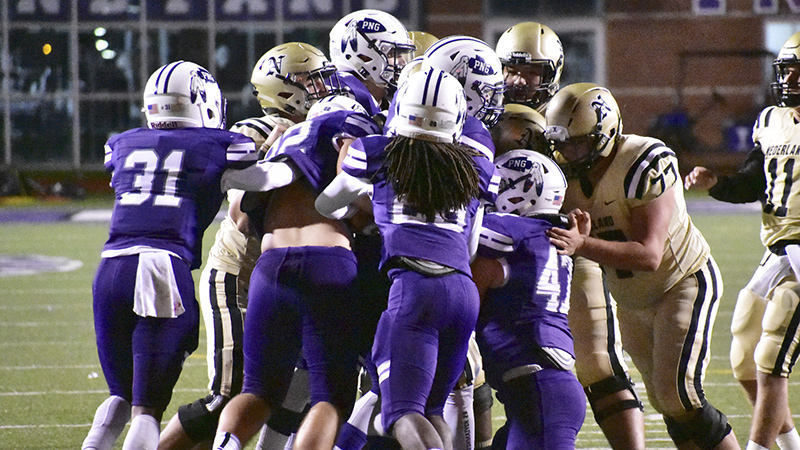 Port Neches-Groves defenders gang-tackle a Nederland ball carrier as the Bulldogs try to push the runner forward in the first quarter of the 2019 Bum Phillips Bowl at The Reservation in Port Neches. (I.C. Murrell/The News)

Last week I wrote that it would be wise to prepare for an unordinary football season. I wrote it before the University Interscholastic League decided to push back the football seasons for Texas 5A and 6A schools by several weeks.

I’d heard a rumor something was coming from the UIL, some kind of new guidelines, but I didn’t know what it was going to be.

I think it would also be wise to prepare for even more changes. After all, it’s still nearly two months until our 5A and 6A teams play their first games on Sept. 25, and a whole lot of unexpected things could happen in the interim.

Memorial, Nederland and Port Neches-Groves have football schedules set. Now they just have to hope that nothing major comes along that makes their best laid plans go awry.

I think it’s commendable that districts 9-5A-I (Memorial’s district) and 12-5A-II (Nederland and PNG’s district) decided to plan to play all 10 of their allowed games. From what I’ve heard from our coaches, the reasons are usually the same: Let the students play as much football as they can.

How much football will they actually get to play? It’ll be as much as they can allow and still be safe. Whether that’s the whole 10 games or not, I really don’t know and I don’t think anyone does.

“We can put a plan in place today,” Memorial head coach Brian Morgan said. “But today is July 27, we don’t play our first football game until Sept. 25. There’s likely to be something else changed, one way or the other. Hopefully it’s not in a negative. Maybe things go down and it changes for the positive. There’s a lot of things that we’ve said as soon as some kind of new announcement comes we’re going to have to meet and figure out how it affects us.”

Be prepared for more adjustments. Right now, all anyone can really do is continue to operate as if what’s been planned already is going to happen, and be ready to adapt when circumstances change. That’s sage advice for life in general, but it’s not always easy to live up to it.

We’re not powerless in all of this pandemic mess, either. There are things you can do to help not only these athletes have the chance to play but also allow all students the chance at a return to normalcy.

I’ve said it before but I’m going to keep saying it for as long as it takes: Wear you masks, wash your hands and stay apart as best you can.

This isn’t just for the sake of football either. Volleyball, basketball, cross country, team tennis and other winter sports like swimming are all going to be impacted mightily by the course the pandemic takes.

School itself, and all its extracurriculars, are on the line. Fight this pandemic for them.

Brad Robichaux is a reporter for Port Arthur Newsmedia. He can be reached at brad.robichaux@panews.com.