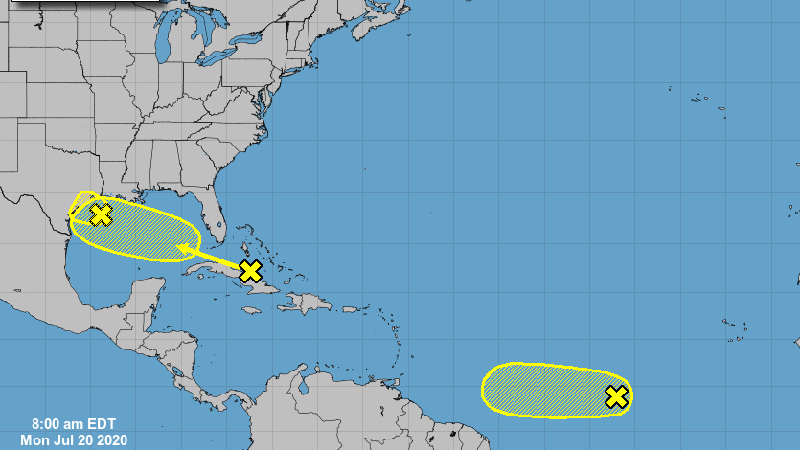 The National Hurricane Center is monitoring a weak low pressure system in the northwestern Gulf of Mexico.

According to the National Weather Service, it is expected to move inland over Texas Monday night or Tuesday.

Warning Coordination Meteorologist Roger Erickson said it only has a 10 percent chance of developing.

In other weather developments, a tropical wave in the Bahamas is expected to reach the eastern Gulf of Mexico Tuesday and be in the northwestern Gulf by Thursday.

There is a low 20 percent chance of developing, Erickson said.

Further out in the Atlantic there is a tropical wave that has a low 20 percent chance for development, but by this weekend it will be in a less favorable environment.

Higher rain chances and elevated tides are expected this week for Southeast Texas.

Gas prices largely flat across nation. Where does that…