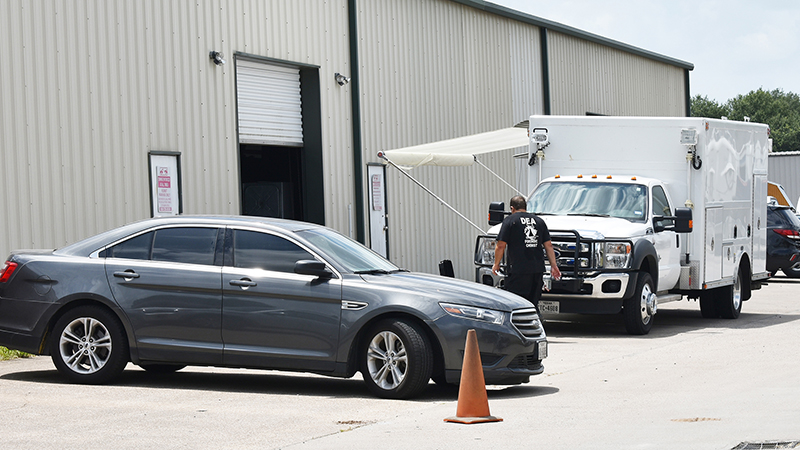 Jasmine Redeaux is store manager at Crossroads convenience store, which is adjacent to the 10,000-square foot commercial building that houses the fireworks store.

“I’m shocked,” Redeaux said, adding that “the wife” — Sandra Daughtry, was Godly. “The son, he was sneaky and quiet and kept to himself. But Ms. Sandy, she would thank us for being here and would come every day.”

The son she is referring to is Jake Daughtry, 34, the namesake of the fireworks store and owner of Right Price Chemicals, along with his parents, Joe and Sandra.

Agents allege the fireworks store, located at 2565 N. Twin City Highway, operated a front for a chemical business that allowed customers to purchase a chemical called BDO on a walk-in or mail-order basis.

According to the court documents, BDO is 1,4 butanediol, and manufactured only for industrial or laboratory use as a floor stripper or vehicle wheel cleaner and not intended for human consumption.

But when ingested it immediately metabolizes into GHB (Gamma Hydroxybutyrate), a known date-rape drug.

Redeaux said the father, Joe Daughtry, only visited the store four or five times in the three years she had worked there.

The Daughtrys also own an RV park behind the fireworks store. Redeaux said she has a faithful worker who lives in the RV park and was told the power would be shut off at 5 p.m. Friday (June 17). She heard this also from customers and worries about them.

Since this is just after the first of the month, most have already paid rent. Her employee, who was not named, doesn’t have a vehicle, so he or she will now have to find a way to move the RV as well as another place to park it.

A man who declined to use his name said he lives in the apartments near the RV park and was out of town when the raid occurred. He said he was shocked to hear the news.

James Laudenslager was shocked as well.

“When I saw the news about what happened at the fireworks store, my jaw just dropped,” he said. “Me and the kids were just there a little over two weeks ago getting fireworks for the Fourth. I would’ve never imagined something like that was going on there.” 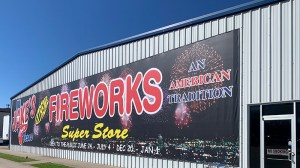 Jake’s Fireworks, 2565 N. Twin City Hwy., started as a small outside fireworks stand on the corner of Spurlock Road and Twin City, but has expanded in the last 30 years to include a 10,000 square feet super store.

Faye LeBlanc said she didn’t know anything about the fireworks store or the raid until she read the news.

“It’s crazy to think that’s basically in your backyard, and how long have they been doing this?” LeBlanc said while at a convenience store on U.S. 69 near Spurlock Road. It’s shocking and to know this is something that is killing people.”

Right Price Chemicals distributed BDO in 48 states across the country.

Kim Harrington said as a business owner herself the community shouldn’t rush to judgement until all the cards are on the table.

“Not all that is revealed in the media is the whole story,” Harrington said. “The Daughtrys have been a big part of the Mid-County community and have given many Happy 4th of July memories to the families here with their free fireworks display for many years. They are family oriented and good people who raised their son here in Nederland. In my opinion I will always believe that Joe and Sandy had no idea that this drug would be used for anything other then what it was sold for.”

Harrington said the media needs to look at these people’s past history in their community.

“The way the media is reporting, how could they get a fair trial?” she said.

Nederland City Manager Chris Duque said the justice system has a process they must go though.

“We will see what the outcome is,” Duque said.

U.S. Attorney Stephen J. Cox said he is proud of the team’s investigation and interdiction of a “dangerous chemical trafficking organization.”

“The DEA Miami and Houston Field Divisions combined forces to target and neutralize a chemical trafficking organization that was responsible for the nationwide distribution of a chemical product, that when consumed, is immediately metabolized into GHB,” he said. “This chemical, often used by sexual predators as a date-rape drug, can cause overdose, addiction and death.”