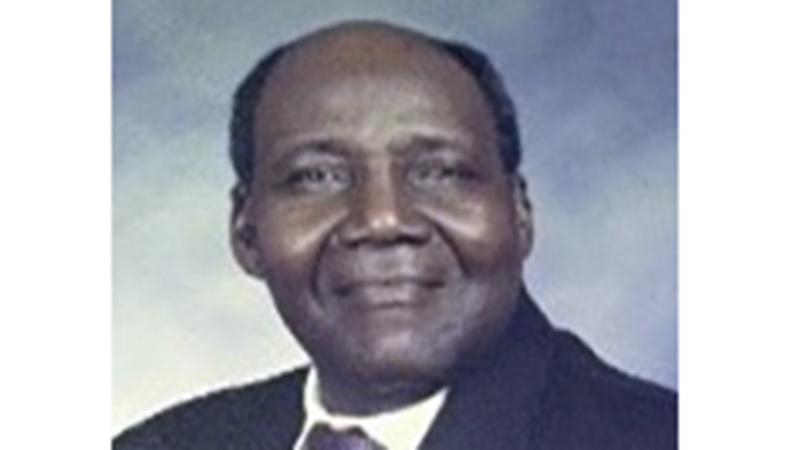 Mr. Ronald Wayne Gordon “Gus” was born on May 31, 1937 in Welsh, LA to Rayfield Gordon and Lillian Henderson Gordon.

At the age of 4, his family relocated to Port Arthur, TX, where he lived for the rest of his life.

He accepted Christ at an early age and was a member of St. Paul United Methodist Church.

In 1965, he joined Rock Island Baptist Church, under the leadership of Rev. H.B. McCarty, where he remained a faithful member until his death.

While at Rock Island, he served in many different capacities, including Chairman of the Board of Trustees.

He was a pillar to the community and to Rock Island Baptist Church, where his named is listed as one of the leaders on the church cornerstone.

He was a proud and active member of the Lincoln High School Class of 1957 and an Army Veteran.

His career included various fields upon returning to Port Arthur from the Army.

He worked for Coca Cola, Texaco Refinery, Wackenhut Security, Wal-Mart, “This Is It” Down Home Cooking and Homey’s BBQ Café.  He also managed the J.B. Matthews Center and drove for Gabriel Funeral Home.

During his career, he made many friends and he was always a reliable and likeable employee.

In March 1965, Ronald married Joyce Chaney of Jennings, LA and they remained married for almost 20 years.

However, Ronald and Joyce always remained friends and could always count on one another.

To this union, one son, Calvin Wayne Gordon (Fort Worth, TX), was born.

He also has one stepson, Terrance Chaney (Dallas, TX).

Ronald was preceded in death by his parents, Rayfield and Lillian Gordon, his stepmother, Rose Gordon, and his nine siblings: Ray Sr., Robert, Richard, Raymond Gordon ,Sylvia Wilson, Gloria Smith, Goldie Gordon, Geraldine Jones, Ollie Gordon Mack, one of his goddaughters, Ashely Gordon, and all of his aunts and uncles.

The Private Family Funeral Services will be on Saturday, July 18, 2020 at 11 am, at Mt. Sinai Baptist Church.

There will be an additional viewing on Saturday, July 18, 2020 from 9 am until the funeral service time.

Due to COVID-19 pandemic, face masks will be required, and social distancing will be observed.