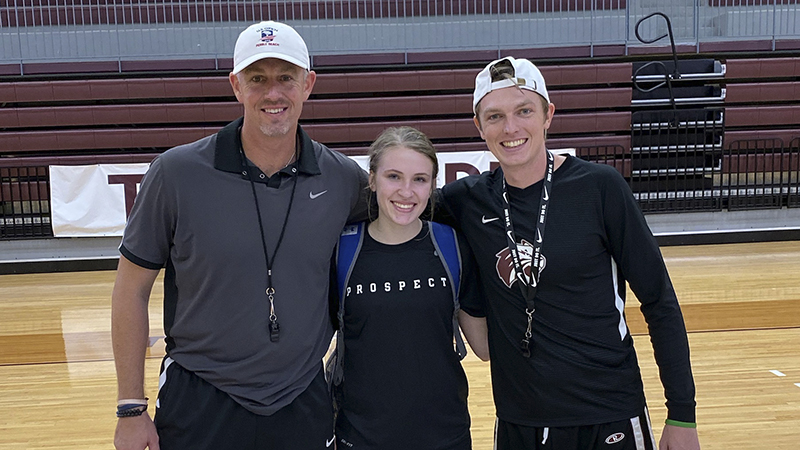 Mollee Priddy and Carson Roccaforte are waiting for college to begin. The Port Neches-Groves athletes will begin the next phases of their careers in sports in the fall since graduating this year. 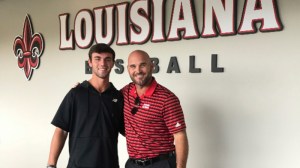 The COVID-19 pandemic has certainly left an impression on their pre-college experience, too.

Priddy heads to Division III Trinity College in San Antonio, where she’ll play basketball. The move-in date set for Aug. 14, a couple of days later than originally planned, Priddy said, because of the pandemic.

“Our move-in day will be a little bit different,” she said. “It’s going to be less person to-person. It’s going to be more spaced out, social-distancing wise. We won’t have our normal freshmen orientation because of COVID-19. There will be a lot of protocols we’re going to have to follow, like no more than 15 people in the building. It will be different but I still plan on making it a fun time.”

In the meantime, Priddy keeps herself in shape by practicing at PNG, arriving before underclassmen come for their own summer workouts.

“I’ve done a lot of shooting up at the high school, about four to five times a week in the morning,” she said. “I’ve been going up there and spending an hour to an hour and a half getting some shots up on the shooting machine. Then I’ve also been going up to Houston about once a week, practicing with one of my trainers there for basketball, as well, then working out at the gym.”

The basketball season ended before the pandemic shut schools and competitions down, so her routine hasn’t suffered too much, though it has been more difficult to plan.

“It’s kind of been harder for me to get up to the gym and figure out when I can go shoot just so I’m not around everyone else,” Priddy said. “It hasn’t been too bad. I’ve been able to do most of the regular things.”

Priddy is a little nervous, since moving to San Antonio on her own and playing in college will be a whole new experience, but she’s excited nonetheless.

“I’m excited about experiencing a new community, new people and meeting everyone,” she said. “I’ll be about four hours away from home, so my parents won’t be just right here if I need them. I’ll be meeting a whole bunch of new people and relying on new people.”

She feels PNG, both the coaches and her fellow players, have done much to prepare her for the next step in her basketball career.

“I definitely think having the team that I had this last year has helped me improve my play, especially everyone on the team just helping me out the best they could and encouraging me to do my best in practice,” Priddy said.

“Having coach (Kara) Skinner’s help throughout the season, whenever I needed it, got me prepared for college play. I think everyone had a role in getting me to where I am today. I’m extremely grateful, especially to God. He’s my first.”

Roccaforte was hoping his senior season playing baseball for PNG would be a repeat of his freshman year, in which the Indians won the state 5A title against Grapevine 4-2.

The pandemic put a very early end to the 2020 season, though.

Since then, Roccaforte is staying out of people’s way while he waits for word on when he will be able to move to Louisiana and play baseball for Sun Belt Conference school University of Louisiana at Lafayette.

“I have my own little workout site at home where I can get work done,” he said. “Then I have some cages by my house where I can hit and stay in shape. That’s kind of convenient for me.”

He’s still playing some baseball, though.

“I’m trying to play as many summer ballgames, trying to get back into the swing of things with my timing,” Roccaforte said. “It’s good to get some live at-bats and stuff like that, trying to stay in that as much as I can.”

Roccaforte is staying in contact with UL Lafayette coaches and fellow team members with Zoom calls every two weeks. The Louisiana coaches are sending him workouts to do on his own, too.

Besides baseball, Roccaforte is spending more time with his family and close friends while he can.

Roccaforte is more excited and anxious than he is nervous, and he’s looking forward to making his contribution to Louisiana baseball.

“I’m ready to get with my new team and coaches and work with them,” he said. “Trying to win a championship with them is what I’m most excited about.”

He feels ready, since PNG built his baseball skills since his freshman year.

“They’ve built me up and been a huge piece for me,” he said.