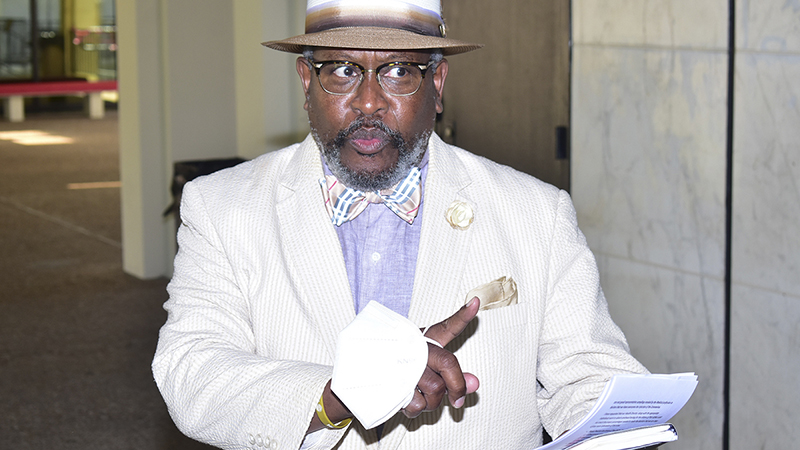 One year into his run as Port Arthur’s mayor, Thurman Bartie has attained a prestigious national honor.

Bartie accepted an invitation to a class of 40 mayors from across the United States selected to receive leadership and management tools to tackle complex challenges in their cities and improve their citizens’ quality of life, according to a release from Bloomberg Philanthropies.

The program is known as the Bloomberg Harvard City Leadership Initiative and is a collaboration between Bloomberg Philanthropies, Harvard Kennedy School and Harvard Business School.

The mayors are attending online classes taught by faculty members from the Harvard schools, featuring other management experts from Bloomberg Philanthropies’ network.

“It was a competitive thing,” Bartie said. “They actually looked at your involvement, they study for the selection process, and I’ve been involved with their initiative since COVID [pandemic] began in March.”

Bartie said he had no idea about the cohort, the fourth annual one selected by the initiative.

“They sent me information asking if I wanted to apply for it,” he said. “Of course, I did. … There were a great number of applicants from all over America, and I had no idea how many they were going to select. Just about a week ago, I got the info I was one of the chosen ones.”

The mayors, according to Bloomberg, are receiving training on how to use data to confront the economic consequences of coronavirus, workshops on public communication and peer-to-peer learning opportunities. The training calls in which Bartie has taken part include 800 to 900 mayors from across the globe.

“We launched this program four years ago because mayors have the power to make the biggest changes in America — and with cities leading the way in confronting to the COVID-19 pandemic, their jobs have never been more important,” said Michael Bloomberg, a recent presidential candidate and former New York mayor who founded Bloomberg Philanthropies.

“This year’s class was chosen because they all believe in finding creative solutions to improve people’s lives, and we’re looking forward to helping them and their teams respond to this crisis — and make their cities stronger, better and more equitable for years to come.”

Bartie, the only Texas mayor in the initiative and one of three from the traditional Southwest, has joined a diverse but select group of mayors:

There’s no textbook dealing with the coronavirus pandemic, he said, so he considers being able to dialogue with counterparts facing similar situations a major goal of the initiative.

Bartie added he’s also addressing the need for further COVID-19 testing and health access as well as the economic fallout from the pandemic in Port Arthur.

“The outcome at this point is really unpredictable, but with the correct approach, we can probably yield positivity,” he said. “This program is something and, I hope and pray, will have me more prepared during my tenure as mayor and come up with solutions in the coming years, more specifically in the coming months.”