UPDATE: Man in video at residence during fatal shooting; Councilman calls for help 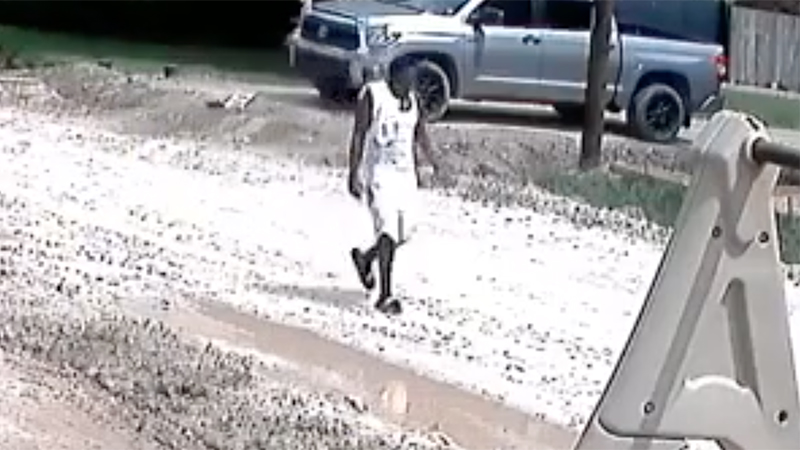 Port Arthur Police want to speak with a man nicknamed Bubba in connection with a shooting that led to the death of Eric Marrs.

Det. Sadie Guedry said at this point the man is wanted for questioning.

It is not known if the shooting took place during a robbery or if there are additional people wanted for questioning.

Marrs was taken to a local hospital and died from his injuries the next day.

Investigation revealed a Black male seen leaving the area was at the residence during the shooting, PAPD said.

Several cameras in the neighborhood showed that the male in a white shirt and white shorts and oversized slide sandals. He has a dark skin tone, medium build and short hair. He is approximately 18 to 22 years old and may have tattoos near his wrist.

He goes by the nickname “Bubba” and is known to be from this area.

Detectives say they need to speak with “Bubba” in reference to what he may have seen.

Kinlaw said he has spoken with Police Chief Tim Duriso and knows police are working the case.

“They are still looking for leads with Crimestoppers,” Kinlaw said. “A person like that (shooter), we need that person off the street. What chief told me is they are following up on leads and working hard with detectives.”

Kinlaw believes some people may be afraid to come forward with information on the crime.

“The only way to combat that is for people to come out and tell what they see,” he said. “Kind of get the curve down on crime in the city of Port Arthur. We need people to be vigilant enough to talk and do something about it.”

You can also make an anonymous tip to Crime Stoppers by downloading the P3 Tips app on a smartphone.