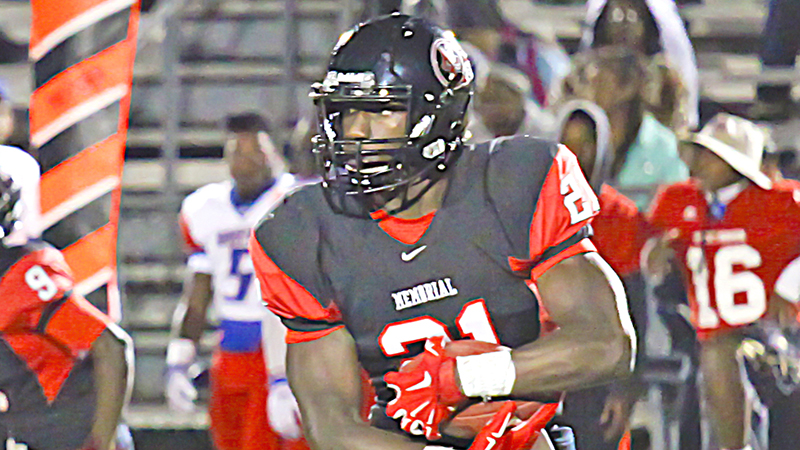 For Tulane running back Corey Dauphine, it was the news he didn’t want to hear his doctor say.

Dauphine’s college football career, including the final season he had won an appeal to get, was over before it ever started because of a torn Achilles.

It is unclear when or where Dauphine suffered the injury.

Dauphine, in what was his fifth college season, led all Tulane running backs in 2019 with 575 yards and seven touchdowns while averaging 8.0 yards per carry. But in March, the NCAA granted him a sixth year of eligibility based on injuries and assistant coaching changes he dealt with in 2016 when he played at Texas Tech. He played in just three games Texas Tech and had just two carries before transferring to Tulane. Dauphine said at the time that he was surprised to get the extra year.

“It’s crazy, because not a lot of people get that sixth year,” Dauphine said in March. “Coach Fritz told me 1 in 20, but it happened. It went my way. It’s just a blessing that I get an extra year to show what I can do.”

Dauphine won his appeal and joined the Green Wave for the third spring practice after missing the first two practices. Fritz was looking forward to Dauphine returning for another year.

“We’re fired up to have him back,” Fritz said in March. “It’s not very often where you get kind of a free, really good player. It doesn’t count against your 25 scholarships (maximum for newcomers). He wanted to come back, and it made a lot of sense to me. He’s just dynamite. If you get him out in space, he’s going to score.”

That all changed with the latest news.

“I certainly feel badly for Corey that he will not be able to compete with his teammates this year,” Fritz said in a text message. “Corey is an excellent young man and he will continue to be a valuable part of our team throughout his recovery process as we pursue a championship title this season.”

Fortunately for Fritz, the running back cupboard at Tulane is far from bare.

But Dauphine’s absence means the Wave will be without one of its fastest players. Dauphine, also a member of Tulane’s track team, had a knack for reeling off big runs. He had seven touchdowns that went for 35 yards or more in his two seasons with the Wave.

The Port Arthur, Texas, native was a 4-star recruit when he came out of high school. He redshirted his first season at Texas Tech in 2015 before playing briefly the following season. He sat out the 2017 season at Tulane due to transfer rules before playing two seasons.

His best game was in 2018 when he rushed for 152 yards and scored three touchdowns, including a career-best 69-yarder, against Nicholls State. He rushed twice for 6 yards and caught a pass for 6 yards in Tulane’s 30-13 victory over Southern Miss in the Armed Forces Bowl. Turns out, it was his last game for the Green Wave.

“This will not stop me from chasing my dreams, and accomplishing my goals that I’ve set,” Dauphine said in his Instagram post. “I will come back better than ever.”

— By Rod Walker of nola.com. Email Rod Walker at rwalker@theadvocate.com.