Port Acres home destroyed in Fourth of July fire; cause under investigation 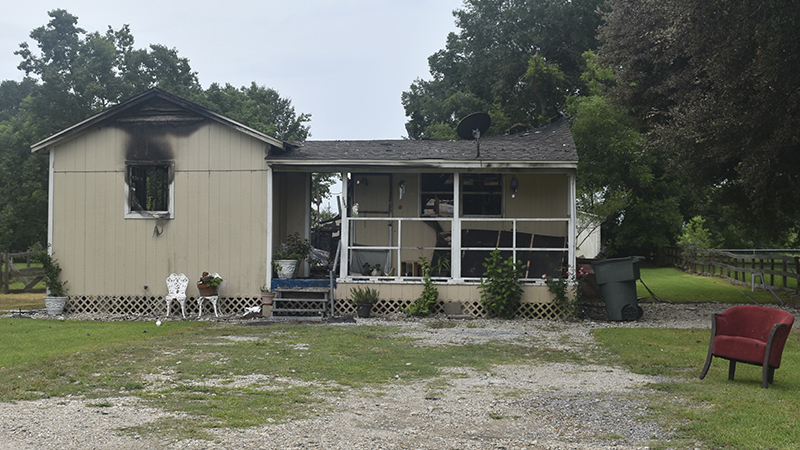 A home in the 3000 block of 58th Street was destroyed by fire Saturday night. (Mary Meaux/The News)

A fire destroyed a Port Acres area home on the Fourth of July, and the cause remains under investigation.

Port Arthur Fire Department was called at approximately 10:30 p.m. Saturday to the fire in the 3000 block of 58th Street near Hazel Avenue.

Deputy Fire Marshal Antonio Mitchell said the flames extended through the roof when the first units arrived on the scene.

He believes the fire had been burning for a little while before the fire department was notified, possibly because no one saw it.

The one-story home is set back off the road. Burn marks are visible in a front window area, and an open front door leaves a view of the back yard. Three walls remained upright, though it appears the back and roof of the home were destroyed.

Mitchell said no one was home at the time of the blaze. He added the cause of the fire doesn’t appear to be arson, though it is still under investigation.

PAFD responded with three pumper trucks, a ladder truck and the chief’s car.

It is not known if the American Red Cross was called to assist the family.