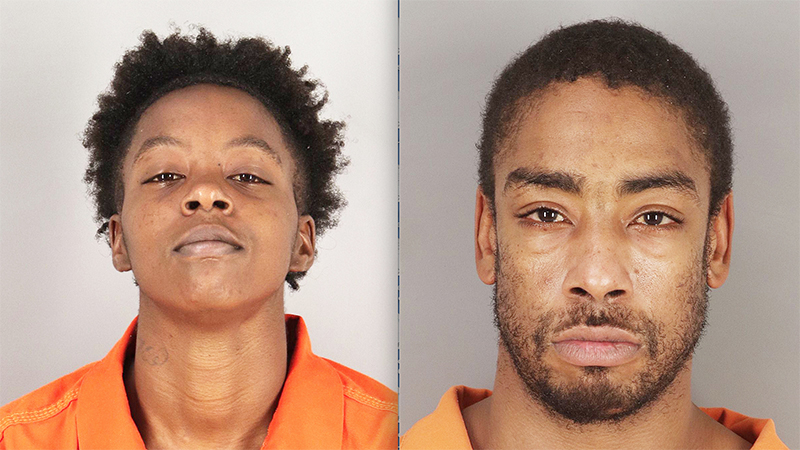 The duo who police believe shot a man in the leg and put a gun to a woman’s head during a Port Arthur robbery were indicted this week.

Port Arthur Police responded to a shooting at approximately 11:59 p.m. at Louis Manor Apartments. While at the scene police found a male with a gunshot wound to the leg and a female with injuries to her neck area.

The female’s injuries were allegedly caused when Woods held her down using his hands and put a gun to her head, authorities said.

The male victim was taken to CHRISTUS Southeast Texas-St. Elizabeth in Beaumont for treatment.

Police said Johnson had reportedly been at the victim’s apartment, left and later returned saying she lost $100 inside the apartment. She asked to be let in to search. She was unable to locate the money and left, but 10 minutes later came back to look again.

When she knocked on the door to be let back in, the second victim answered, police said.

That’s when Woods, according to the indictment, entered the apartment brandishing a handgun. According to the probable cause affidavit, the gunman grabbed the female victim around the neck and held her down on the couch and demanded money.

When the victims did not comply, the gunman shot the male victim in the leg, police said. That’s when the gunman found the female victim’s purse and left the apartment.

The male victim said he heard a female say “that’s the wrong bag” before the female victim quickly locked the door to prevent the assailants from reentering.

The charge of aggravated robbery is a first-degree felony.