Kade Scott returns to running back, wherever else Nederland needs him 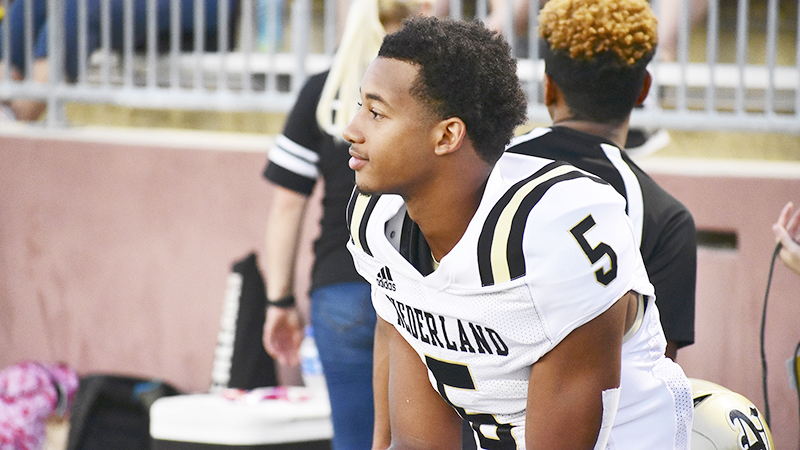 Kade Scott of Nederland is sidelined during the Sept. 5, 2019, game at Beaumont United. (I.C. Murrell/The News)

Kade Scott is back with a vengeance.

The Nederland running back missed most of last year’s season with a collarbone injury after the Baytown Lee game in October. Now in his senior year, Scott is returning to join fellow running back Josh Mazyck on the field, and take on a few new roles as well.

Though not playing much the previous season, in 2018, his sophomore year, Scott gained 959 yards on 110 carries in District 12-5A-II play, along with 10 touchdowns.

After the end of the season and while on the mend, Scott continued working to stay as best he could in playing shape.

Head coach Monte Barrow said Scott got back into the weight room as soon as he could.

“I worked out whenever I could. I ran,” Scott said. “That’s how I stayed in shape, I just got bigger and stronger.”

His convalescence wasn’t immediate, however.

Barrow said Scott is a different kind of running back than Mazyck, though both have the ability to break a long run.

“Josh is a great runner in what we do offensively, and Kade’s just a different kind of guy,” Barrow said. “He gets five yards and if there’s a linebacker there, he’s going to lower his head and get three more, while Josh is going to try to make that guy miss.”

Having Scott back on the field on offense with Mazyck is going to recapture some of the same benefits the Bulldogs enjoyed last year before Scott’s injury, Barrow said.

“They’re just different guys and we had both of them in the back field at the same time last year,” he said. “That was, I think, an advantage for us, and we lost that advantage to that injury. With Kade not being back there, there could be more focus on Josh.”

Scott will get a chance to play on the other side of the ball too. Scott is practicing on defense as an outside linebacker, a position he last played when he was a freshman.

“He’s not just a one-trick pony, so to speak,” Barrow said. “There are some things we’re hoping he can help us with.”

Scott’s feeling good about his health, being back on the field and the Bulldogs’ prospects.

“I think we’re going to be good to be honest,” he said. “We’ve got Rene trying for quarterback, we still have Josh. And with defense and all that, I get to play defense this year.”

He’s more than willing to play whatever position he needs to, whether running back or linebacker. 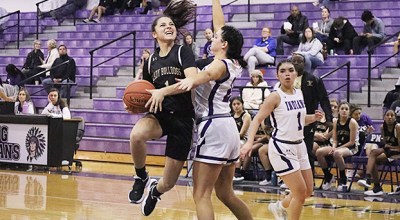 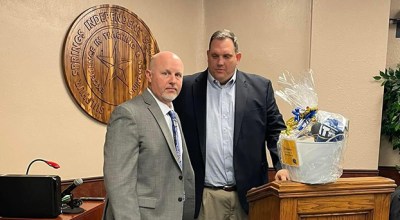