Customers not complying with mask ordinance take out frustrations on businesspeople 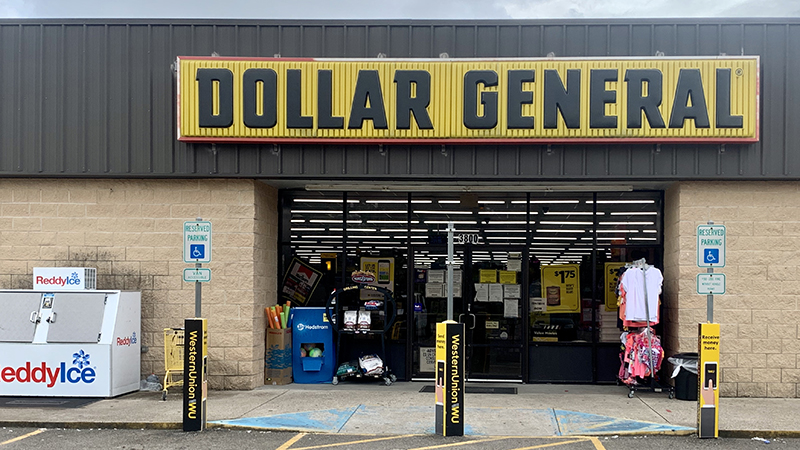 The Dollar General in Groves is pictured.

The order requires all businesses that provide goods and services to require masks for employees and customers entering the establishment. Businesses that do not comply can face up to a $1,000 fine per violation.

Since the announcement on June 24, a handful of local businesses are feeling the wrath of angry customers unwilling to adhere to the mandate.

Some businesspeople fear the fine, some the loss of valuable customers and others fear retaliation.

Dollar General assistant store manager Jennifer Rawlinson said she is having hell enforcing the mandate in the Groves location.

“It has been an absolute nightmare,” she said. “Especially with me being medically exempt. People don’t want to stop and ask why I’m not wearing one. They jump straight to cussing me out.”

Rawlinson said customers often use profanity with her employees when told to put a mask on.

“This situation is just as frustrating for us as it is for customers,” she said. “We don’t like the rule either, but we’re just trying to abide by the rules. On top of COVID, we’re currently short four to five people, so that’s an added issue. It’s hard to run any business under current circumstances. You don’t want to lose business, but you have to enforce the rules.”

Kyle Roebuck, a resident of Nederland, was visiting the Country Market in Beauxart Gardens Wednesday when he witnessed similar disputes between the owner and customers.

“There were three men in there without masks,” he said. “I confirmed with the owner that the store can be fined $1,000 for not requiring people in his store to wear masks. He has signs on the doors requiring masks, but he said people just won’t wear them.”

During his encounter, Roebuck said he continued to witness customers walking out when asked to wear a mask indoors.

“They walked out and said they would shop elsewhere,” Roebuck said. “Now he’s hesitant to say anything, afraid he’ll lose his customer base.”

Terry Metreyeon, owner of County Home and Outdoors in Nederland said after seeing Roebuck’s post on Facebook he went to show his support by ordering at the deli.

As a business owner himself, Metreyeon said he doesn’t believe customers won’t return.

County Home and Outdoors is an outdoor equipment shop. As  a specialty store, customers will return when his products are needed, Metreyeon said.

Other local businesses have also shared on social media stories of disgruntled patrons being asked to wear a mask or leave.

Maria’s Diner, 3848 Main Ave. in Groves, made a statement on social media a day after Branick’s original decree.

“We are getting some people mad as we are enforcing the mask regulation,” the post read. “We are getting told that people won’t support our business anymore. We are doing what we have been asked to do, so we apologize for any inconvenience.”

After Roebuck’s encounter last week he voiced what many comments radiated under the negativity — just be considerate.

“Don’t be that person,” he said. “I get it if you don’t want to wear a mask, but it’s the county judge’s order this week, so it’s the law. Stay home if you can’t tolerate a mask. Don’t put small businesses at risk to make your point.”