How do you feel about wearing masks? “It’s hot, our humidity is ridiculous” 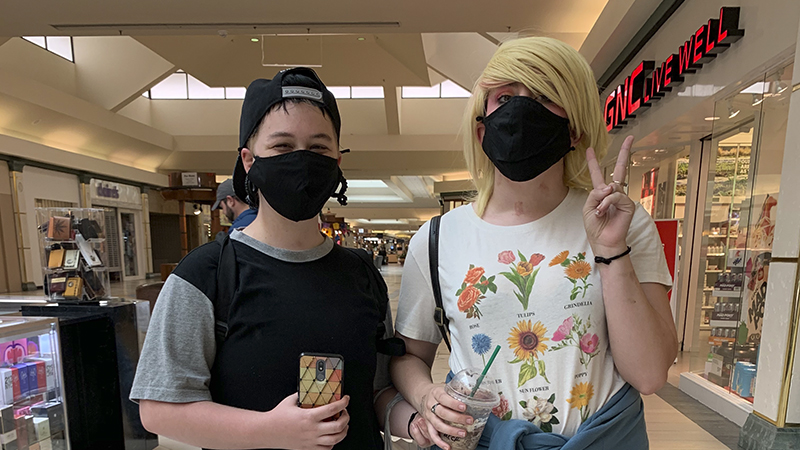 The order delegates all commercial entities providing goods or services directly to the public to require face coverings when entering the establishment.

Those out in the community attempting to use those goods and services both hailed and criticized the order.

Lisa Philyew and Deborah Thibodeaux, out on a normal errand run, said although they understood the necessity of the order, they hate the masks.

“I don’t enjoy it,” Philyew said. “It’s hot, our humidity is ridiculous to have a mask on my face and my makeup is messed up when I take it off.”

Turning to her mother, Philyew asked how she felt about it as a member of a higher at-risk demographic.

“I think it’s important that people my age wear masks, but I also feel like I should have the right to wear it or not,” Thibodeaux said. “I shouldn’t be told that I couldn’t go into a store without one. I want to have a little bit of freedom. I like having the choice.”

Branick’s order, issued on Tuesday, stays in effect through June 30.

Thibodeaux said she understood the government was just trying do something to feel in control.

“They are trying to help people,” she said. “I think they are just trying to find the quick and easiest solutions and sometimes it does sound silly what they do.” 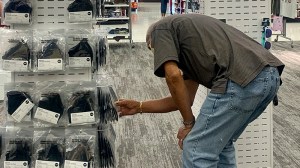 Earl Tezzeno, 79, looks through a stack of cloth masks at Target searching for the last large size. (Cassandra Jenkins/The News)

Earl Tezzeno, 79, was in the process of grabbing the last large cloth mask in Target to swamp out his current surgical mask when asked on the subject.

“I love it,” he said. “Really. It helps out with everything. I tell people they need to have them since it first started. I’m here to grab another one because I was told these are more comfortable, they are washable and re-usable. That’s why I’m getting them.”

Walking around Central Mall, Ace Renner, 18, and Lukas Vincent, 21, sported their own masks.

Renner, who is asthmatic, said she has a love/hate relationship with wearing a mask.

“I know it’s needed, but I can’t breathe,” she said. “I have really bad asthma so I know I need it even more because I don’t want to catch the virus.”

Vincent said he felt like the masks were effective.

“We haven’t caught it yet,” he said. “The younger kids can catch it a lot easier, especially if they have things like asthma, so we’re just being careful.”

While many shared their opinions one way or another, some people in the community simply felt indifferent.

“It is what it is,” a mother of two, who did not wish to be named, said. “The (kids) do good with it. It does well for people in Japan where they have to wear it, but I don’t know. We’ve heard it works and we’ve heard it doesn’t, so who knows? We’ll wear it because we have to.”

Businesses that fail to implement or enforce the policy may be fined an amount not to exceed $1,000 per violation.