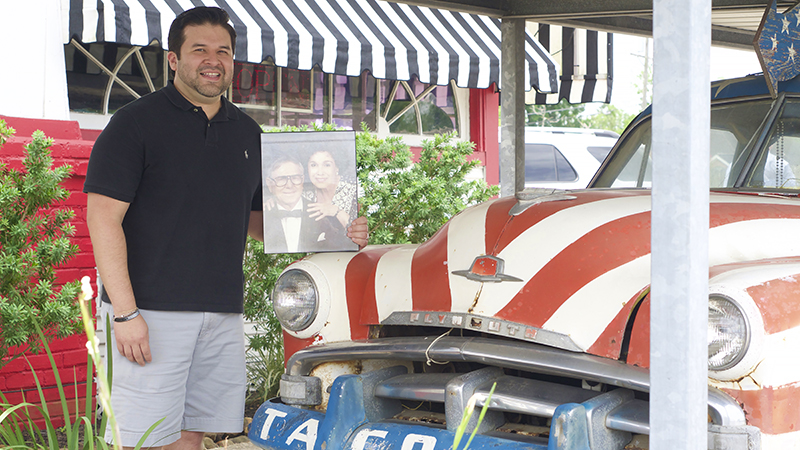 Taco Rey owner Johnny Collazo holds a picture of Cora and Albert Ramirez, his great aunt and uncle who started the business in 1960. (Cassandra Jenkins/The News)

The original Taco Rey on Bluebonnet Avenue was started in 1960 by his great aunt and uncle Cora and Albert Ramirez.

Collazo bought the restaurant from his aunt in 2016 with one promise — to never change the recipes.

“The way it tasted in 1960 is the way it tastes now,” Collazo said. “You hear that from the customers, they certify it by saying it tastes the same as when they were little kids back in the 60s.”

Collazo said the restaurant’s motto is, “If it’s not broke, don’t fix it.” 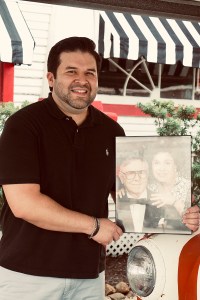 Taco Rey owner Johnny Collazo keeps the founders of the restaurant at the forefront of the business. (Cassandra Jenkins/The News)

“We want to keep it the way it is,” he said “We didn’t change the atmosphere or the family feel of the restaurant. We have customers who come in and we know them by their first name. We see people who come in and we immediately know whose graduated, whose married, whose having kids, etc. What makes us different is being family oriented, knowing the people and knowing the recipes.”

“We do everything fresh daily,” Collazo said. “We get fresh produce, cut our own tomatoes and grate our own cheese. We make our own chips and hand make our tortillas. That’s something important that goes along way in tradition.”

“One thing that we have that no other Mexican restaurant has is Fideo,” Collazo said. “We call it ‘Mexican spaghetti.’ It’s a pasta noodle mixed in enchilada gravy. We’re the only restaurant in the area that has it and people love it. It makes us different.” 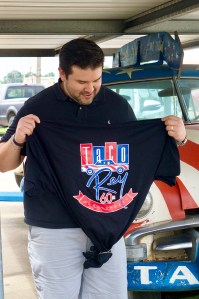 Sticking to the bread and butter of Tex-Mex cuisine, a seasoned customer favorite is the fajita quesadilla.

“It is our No. 1 seller,” Collazo said. “We take two homemade tortillas, fill it with two different cheeses, stuff it with chicken or beef fajita, grill it on both sides and dust it with butter before serving and send it out with a side of sour cream and guacamole. I don’t know what it is, but people love it. It’s thicker and very flavorful. It’s something people rave about.”

Keeping his promise to his great aunt, Collazo has never changed recipes, but his four-year reign at the head honcho’s table has not been without challenges or change.

The Nederland resident has made improvements to the rate of service with a technology initiative that included electronic cash out, online ordering and a new point of sales system.

“Basically, the only changes I’ve made are by improving the availability of how the product gets to the customer and sped up service,” he said. “But getting customers used to change, that’s been the biggest challenge.” 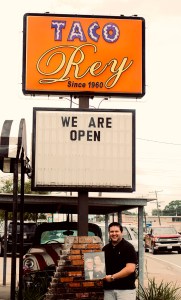 Before buying the restaurant, Collazo studied under his great aunt to learn in the kitchen and in the office.

“We have our loyal customers and they understand what we are doing, but what they don’t know is that I’ve had to learn the business, earn the respect and make people feel comfortable that I can do the day-to-day operations,” he said. “For two years all I did was write down complaints and slowly learn how to changed those things or improve them.”

Collazo said the other challenge has been not wearing his emotions on his sleeve.

“When you carry on a tradition, it can be difficult.,” he said. “How do you keep the tradition alive, but still adapt to new demands? I’ve learned what’s important is to acknowledge we are not going to be perfect, but to show our customers every day we are willing to go out and fix the problem.”

As he gets ready to celebrate a milestone anniversary, Collazo feels the restaurant coming full circle.

“I’m big in not failing,” he said. “I took this business on knowing it was going to be a challenge, but also recognizing it as a reward and an honor. My great aunt and uncle had four kids. Now, I have four kids. They started Taco Rey at 35 years old. I was 35 when I bought Taco Rey. It’s all coming full circle and I’m excited to see what the future holds.”

To celebrate their 60th year anniversary, Taco Rey will be selling T-shirts for $15 and running a daily special of six tacos for $3. Offered only to dine-in customers, Wednesday, June 24.