Youth advocates for ‘Juneteenth’ to be taught in schools 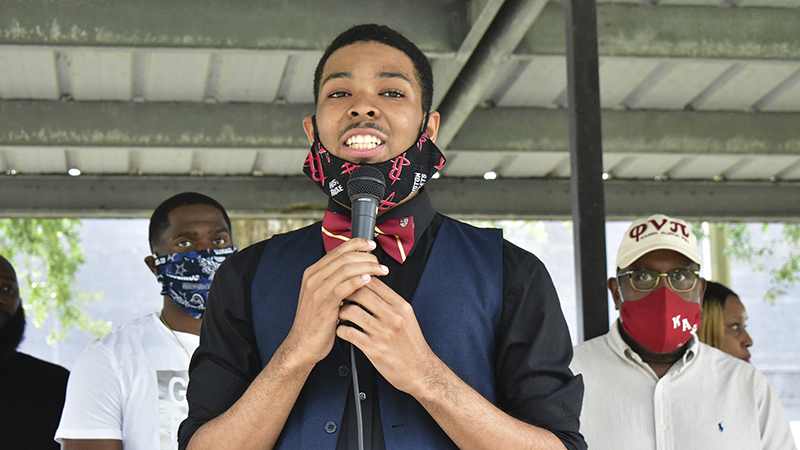 In 1865, the coastal area of Texas was the last to hear that the Civil War had ended.

More than a century later in 1980, Juneteenth became an official state holiday in Texas.

But, despite the major victory, and historical significance, June 19 is a date often left out of Texas history books and schools.

Wyatt Curry, a recent Port Neches-Groves High School graduate, said he hadn’t even heard of Juneteenth before this year.

“In eighth grade I had a class called Texas History and we didn’t talk about Juneteenth at all,” he said. “In a class solely dedicated to Texas History, here was an entire chunk of our past that I never knew about.”

Curry stumbled upon the state holiday while educating himself on African American history and culture in light of the recent protests and Black Lives Matter movement.

“Learning about it on my own, I was shocked that we didn’t learn about this in school,” he said. “It’s just another thing slipped under the rug for the African American culture.”

“(Juneteenth) is something that is celebrated in cities where the majority of people are of color,” he said. “To know that I lived right next door to those cities and never knew they were celebrating a holiday, it’s just astonishing.”

The 17-year old said he hopes Juneteenth is something that will be added to history books in the future.

“Before now, today wasn’t something I knew was important,” he said. “That’s wrong, especially for Texas schools. It’s history, our history. It’s important for our school systems to teach this as much as they teach the Alamo.

“We need to learn as much as we can about the history of people that look different than us because while past is a hard thing to talk about, it’s something we need to talk about so things like that don’t happen again.”

Taylor Getwood, a recent graduate of the Woodrow Wilson Early College High School and staunch advocate for the voice of local African American youths, said even he knew little of the holiday before the BLM movement.

“I really didn’t hear much about it in school,” he said. “The first time I heard about it was through an African American cultural organization.”

Getwood said there is no debate that Juneteenth needs to be taught in school.

“I think now more than ever we have to realize that it all starts at home,” he said. “School is like our home away from home and that’s where we need to learn more about our cultures. Not just African American students learning about black culture, but all cultures, all genders and all religions.”

As a child, Getwood’s grandfather told stories of Juneteenth celebrations renowned for their parades and grandeur.

“It was like Mardi Gras,” he said. “Somehow those started to fade away. Now we celebrate Fourth of July and Cinco de Mayo, but what about Juneteenth? This needs to be a federal holiday, too, not just celebrated in Texas but everywhere.”

“Even in Port Arthur, a predominately African American community, we still don’t discuss it,” she said. “There is no reason why we shouldn’t be learning about our own history. It’s crazy to me that it’s even a question.”

“We are with these teachers for eight hours a day for 12 years and they become a huge role in shaping our minds,” she said. “They are vital in the mindset process and our entire development. We need to talk about things that are uncomfortable in school because then those things become less uncomfortable when we leave school. Juneteenth needs to be taught in school before it can ever become a national holiday.”