Police, firefighters respond to water tower trespassers – “it could have ended in their death” 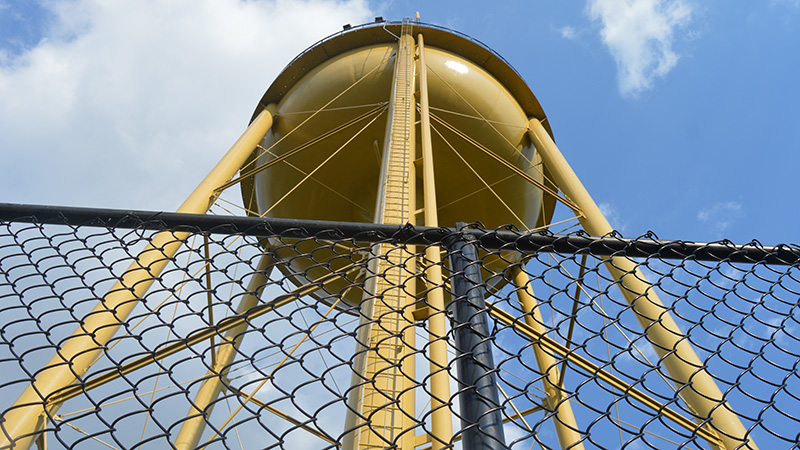 A neighbor in the area of the South Fifth Street water tower in Nederland alerted emergency officials at approximately 1 a.m. Sunday.

NEDERLAND — Three 20-year-olds that officials say climbed a Nederland water tower were helped down with the aid of firefighters.

And now the men, two of whom are from Nederland and one from Port Arthur, could face trespassing charges because they entered a locked enclosure of a critical infrastructure, Nederland Police Chief Gary Porter said.

A neighbor in the area of the South Fifth Street water tower alerted emergency officials at approximately 1 a.m. Sunday.

Nederland Fire Capt. Colin Batchelor was on duty that shift and said the trio were reportedly seen at the very top of the tower and were in the process of climbing down to a walkway when they arrived.

“If they had fallen away from the tower it could have ended in their death,” Batchelor said. 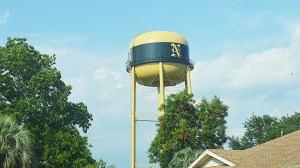 The men were not arrested but will likely face charges, police said.

To get the men down from the estimated 125-foot tall area, several firefighters were sent up with rope and equipment and secured the three men in full body harnesses with a safety line attached to their backs; this way, if they fell, the safety device would catch them, Batchelor said.

This wasn’t the first time Batchelor was involved in a high-rise rescue.

“I can’t tell you how many years ago, but a rescue team had been called out to Bridge City and a group of individuals had climbed up a water tower and came down,” he said. “But one of the friends got scared. Myself and several other firefighters put him in a harness and coaxed him all the way down.”

Batchelor said the reason Nederland responded to a Bridge City incident is that they are all part of a regional rescue team.

Porter said the trespassing issue could be costly for the men who will likely be prosecuted. Hiring a lawyer comes with a $3,000 to $4,000 price tag, plus they may be assessed a fine and have to pay for any damage.

The men were not arrested but will likely face charges, Porter said.