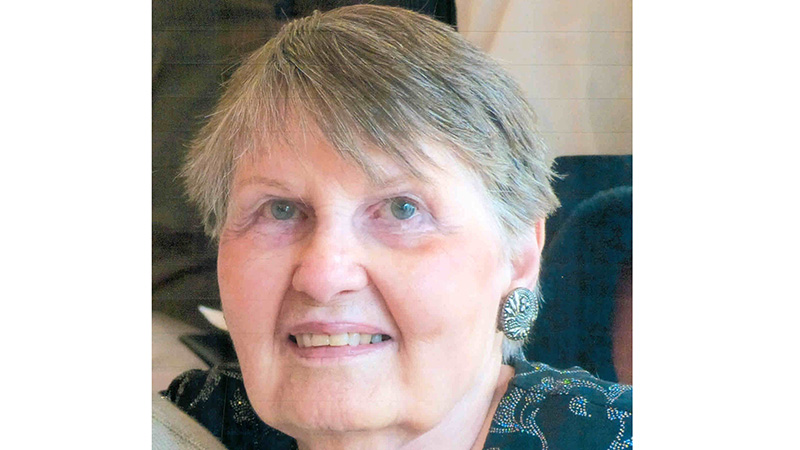 How can one possibly give an adequate summary of the life of someone who has deeply impacted your world?
We can give you the facts about the events in the life of Lurline Williams Warren: She was born September 29, 1926, to a sheep rancher, George Williams and his wife Drucilla, in rural Louisiana; she met the first love of her life Ernest (Ernie) Sanford Warren, Jr, in Port Arthur, Texas and married him on February 7, 1947; she and Ernie made their home in Port Arthur where they raised their three daughters, Billie Sue (Lehman), Debbie (Marceaux), and Brenda Kay (Kirwin); after her daughters married and her husband Ernie passed away, Lurline lived alone for decades; but in her latter years, she was rescued from her lonely fortress by her shining knight, Fred Brown, with whom she had a very special bond.
On June 16, 2020, Lurline left her earthly family to join her heavenly one.
Lurline was preceded in her death by her parents, her siblings – Alton, Adrine, Ruby, Bill (Billie), Pearl, Jewel, Drucille, and Willard, her husband Ernie, her daughter Billie Sue Lehman, and son-in-law Bobbie Lehman.
Lurline was a devoted wife and mother, a dedicated companion, and a devout Christian.
But this is such a shallow description of a woman who could tenderly kiss bobos and boldly move mountains, silence the thunder by curling up with a trembling child, create a gourmet meal with a can of tuna, and supply all your needs before you even knew you had them.
She was our organizer, our bookkeeper, our chef and chauffer, our cheerleader and coach, our night watchman, and our mentor and inspiration.
At the end of the 21st Chapter of his Gospel about the life of Jesus, John the Apostle wrote, “And there are also many other things that
Jesus did which if they were written one by one, I suppose that even the world itself could not contain them…” Likewise, for a humble
little lady named Lurline Williams Warren, there are many other things which we could add and download one by one and not all the hard drives in the world could contain them.
But the wisest man in history, King Solomon, summed it up in his Proverb 31: “Strength and honor were her clothing…She opened her mouth with wisdom, and on her tongue was the law of kindness.
She watched over the way of her household, and did not eat the bread of idleness.
Her children rise up and call her blessed…Charm is deceitful and beauty is passing, but a woman who fears the Lord, she shall be praised.
Give her the fruit of her hands, and let her own works praise her in the gates…: And may the Lord do the same at the Gates of
Heaven.
A visitation will be held on Thursday, June 18, 2020 from 5:00 PM until 8:00 PM at Clayton Thompson Funeral Home.
A funeral service will be held on Friday, June 19, 2020 at 10:00 AM at the funeral home.
Entombment will follow at Greenlawn Memorial Park.
Those wishing to attend the visitation, you may wear your mask and follow social distancing due to the COVID-19 crisis at the funeral
home.