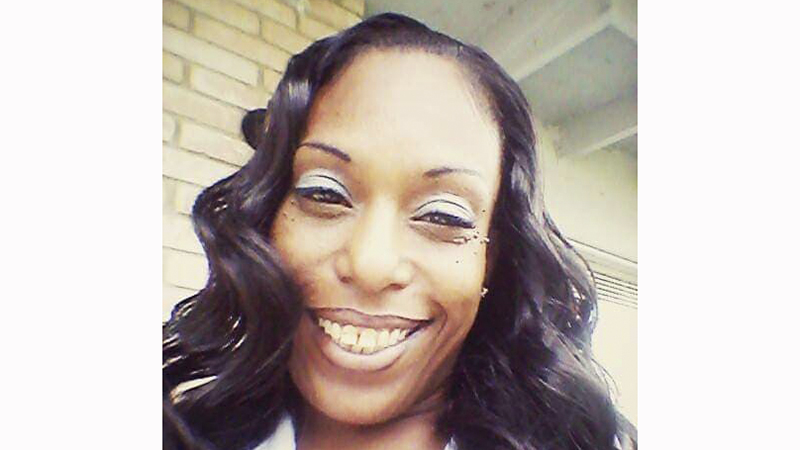 Kimberly P. Pete was visiting a friend at Prince Hall Apartments on May 29 when she noticed a group of people fighting and there were children around.

Pete, who helps the homeless and is familiar with them, got out of her vehicle and began a Facebook Live session to record the incident, she said.

The fight, which was between two women, grew as a man stepped in to stop it when another man said, “don’t touch her” then the men began fighting.

During this moment, Pete recalls, a man was shot and she tried to push someone out of the line of fire toward the side of a building when her good deed turned tragic.

“Instead of him letting me go, he turned around and let me take all of the bullets,” Pete said as her voice cracked and she began to cry.

At first she didn’t know she had been shot but when she realized what happened she asked a friend to take her to the police station — the closest place with first aid she could think of.

A press release from the Port Arthur Police Department told of a female victim arriving at the police station and collapsing from her injuries before being taken to the hospital.

The initial press release from Port Arthur Police said the female had been part of the altercation, according to witnesses. An updated press release was sent out clarifying the female victim, who was Pete, was an innocent bystander.

Pete is still upset that authorities said she was considered part of the fight.

The Port Arthur woman suffered multiple gunshot wounds; one in the stomach area and she said doctors believe there is another bullet in her side. One shot went through her right breast and another went through her upper arm.

“It hurts to breathe, to do anything,” she said.

Pete was recently discharged from the hospital but has a ways to go before she is fully healed.

“It hurts if I cough… I have to hold a pillow,” she said. “I have to roll out of bed. My husband has to pick me up and walk me to the restroom.”

Local TV news featured Pete in a 2016 story for her good deeds to help the homeless, telling how she goes to the Dollar Tree and buys hygiene items and snacks, puts them in donated purses and sets them out for the homeless.

Her good deeds attracted some attention two years later when a woman donated a small piece of land to her at Galveston Avenue and 13th Street so she can put a building there to further help the homeless, Pete said. She has a GoFundMe account under her name.

“She has a heart of gold and has overcome some challenges,” Hysaw said.

Hysaw, of San Antonio, watched Pete grow into a strong and accountable woman.

A 28-year-old Beaumont man identified as Monsantha Antonio Merchant was located at a nearby apartment after the shooting and arrested.