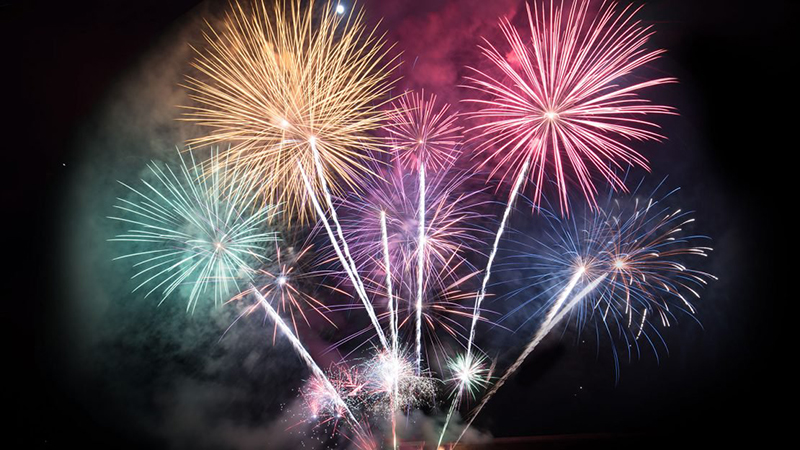 It will be up to Port Arthur to organize a Fourth of July Fireworks show for citizens of Mid- and South County to see, now that Nederland has called its program off.

City Manager Ron Burton told the city council earlier this week he’s monitoring what other locales are doing about celebrating Independence Day with respect to social distancing guidelines during the ongoing coronavirus pandemic. For now, Port Arthur has a contract with a fireworks company to hold a display on July 4, but Burton said he would make a recommendation at the next city council meeting, likely to be June 16 as the city extends its declaration of disaster every Tuesday.

“I just want to inform you we will follow whatever guidance you provide us,” Burton said. “I’m much more particularly concerned with social distance and keeping the community safe as far as that is concerned and hoping our numbers do not rise as it relates to the coronavirus.”

“As a city and city government, we are the ones that are extending the declaration of disaster every week and saying we want everyone to practice the 6 feet [of distance between each person],” District 4 Councilman Harold Doucet said. “I think that should be the basis. Unless the 6 feet is lifted, I don’t see us doing something of that magnitude that’s going against what we’re putting in place.”

Mayor Pro Tem Charlotte Moses, who led Tuesday’s meeting in Mayor Thurman Bartie’s absence, said she would like the fireworks to go on.

“We’re not trying to control people and their distance,” she said. “We’re going to be under our social distancing order. Whoever sees them, sees them. Whoever doesn’t, we’re not even trying to control that. You can’t control anybody going to the grocery store right now. The thing of it is celebrating the holiday in the city with the fireworks going forward.”

The decision councilmembers are asked to make is whether to continue social distancing guidelines should Port Arthur’s fireworks show go on.

“I do agree if we can do that, we should celebrate something because a lot of people are needing uplifting right now with all the stuff that’s going on in our city and our nation,” District 3 Thomas Kinlaw III said.