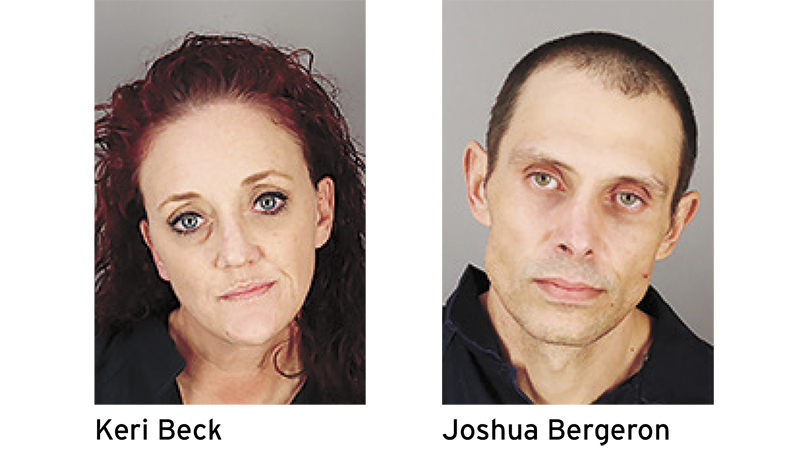 BEAUMONT — A Nederland couple arrested in January after reportedly being found with more than a pound of methamphetamines were indicted this week for having personal identifying information of numerous individuals.

Keri Beck, 48, and her boyfriend Joshua Bergeron, 39, were indicted for fraudulent use of identifying information, a first-degree felony, for the incident that occurred Jan. 19.

According to the probable cause affidavit, the case began when the Jefferson County Sheriff’s Office Narcotics Unit executed a narcotics search warrant at a home in the 1500 block of South 27th Street in Nederland.

During the search, a duffle bag with more than 50 items and documents such as credit cards, checks and birth certificates was found. Many of the items were pieces of mail, and investigators do not believe the recipients of the mail knew the items had been taken.

Beck reportedly said a person driving a stolen car didn’t want to have the bag in the vehicle and asked if she would keep it until he came back to get it.

She said she knew the bag contained people’s mail and denied knowing what the stolen mail was used for.

Her story changed somewhat throughout the questioning, police said, and she reportedly told authorities Joshua Bergeron could substantiate the information she had given.

Investigators later made contact with numerous people whose identifying information was reportedly stolen.