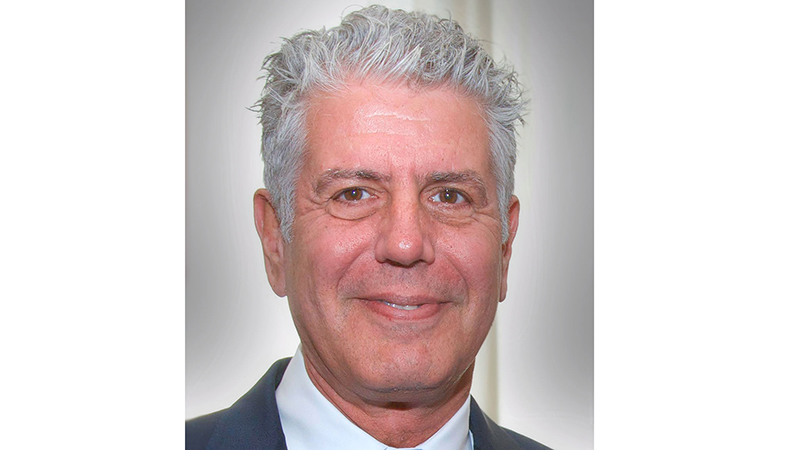 Earlier this week marked the second anniversary of the death of celebrity chef, author and globetrotter Anthony Bourdain.

Bourdain, in his TV series No Reservations and later Parts Unknown, had a way of telling a story through the cuisines of the world while sitting down with the ones making and eating the meals.

He showed far-off places, exotic dishes — he was once handed an unwashed warthog anus by a chief in Namibia and knew that turning away the dish would be rude — and down home, grandma-style favorites. But the main point behind it all was the people.

He once said, and I’m paraphrasing here, he would go to a grandmother’s house and eat what’s on the plate and even ask for seconds — he would not be the person who would ask, “Do you have spinach salad?” And by sitting down at the table, he would get to know the people behind the meal, their culture, what made them laugh, or cry or become angry.

On the warthog dish that he called the worst meal of his life, he said “the chief is there in front of his whole tribe offering you his very best. Show respect. I’m lucky to be there. I’m lucky to see that. I’m lucky to have that experience. Chewing some antibiotics is a small price to pay.”

He was a fan of New York City delis, where he would dive into pastrami sandwiches and called pork his favorite vegetable.

He had a sharp wit, deep compassion for others and could be hilarious and serious, bringing the viewer along for a rollercoaster of a ride.

As I reread some of his quotes I can hear his deep, rich voice with that tiny tinge of sarcasm that lilts up half a note … giving me the verbal cue that this is something I must pay attention to.

Bourdain also shed light on the things in society that may be uncomfortable to discuss, or were considered that way at one time; poverty, racism, misogyny. I’m not saying Bourdain was without flaws; he had his faults.

And he had his own personal demons. In 2018, while working on an episode of Parts Unknown in France, he was found dead in his hotel room from an apparent suicide.

Let’s not focus on the death but on how he made us look at each other in wonderment, to share a meal with a friend or break bread with a stranger.