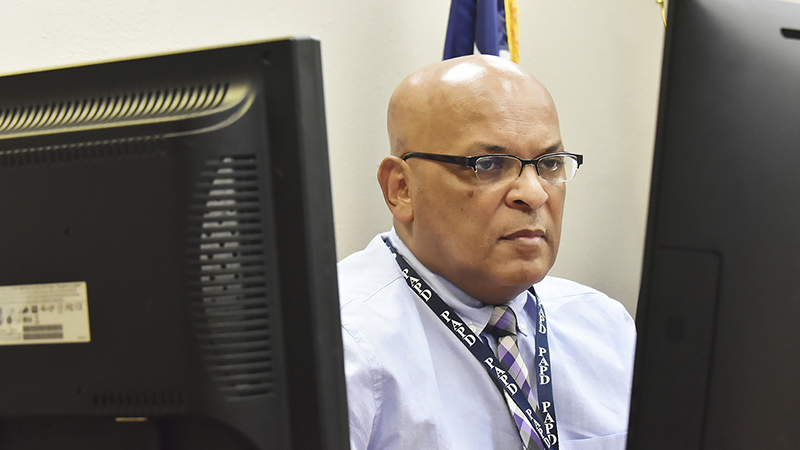 The chief of the Port Arthur Police Department saw no reason for now-fired Minneapolis police officer Derek Chauvin to kneel on George Floyd’s neck for almost nine minutes during a fatal May 25 arrest that sparked outrage around the world.

“I spoke with my defensive tactics sergeant last week at length about different tactics and we had a candid discussion,” Chief Tim Duriso said Monday. “A lot of times, you end up in certain situations to where it’s a major struggle. You end up in a position wondering, how did you get in this position? What you do at that point is most critical. You don’t stay there.

“The difference between the guy in Minnesota [Chauvin] and a guy ending up in that position was that … I don’t know what [Chauvin] was thinking,” Duriso continued. “I don’t have a clue about what he was thinking.”

The maneuver led to Chauvin’s own arrest on a charge of murder, which was upgraded last week to second degree. Three other officers at the scene have been charged with aiding and abetting murder and were fired, as well.

Duriso has denounced the 8-minute, 46-second kneel-down maneuver Chauvin used that was captured on video. An autopsy by the Hennepin County, Minn., medical examiner revealed Floyd, who became unresponsive at the scene, died of “cardiopulmonary arrest complicating law enforcement subdual, restraint and neck compression” while an independent examiner hired by Floyd’s family listed the cause of death as asphyxia, according to reports.

“It’s actually against our policy to have a chokehold, which is for the air, and also a vascular neck restraint, which is for the arteries, which does not obstruct air flow but it does obstruct blood flow to the brain,” Warner said. “It is a short-term control tactic, but we don’t even teach it. We don’t even allow it for our department.”

Warner teaches tactics twice a year at the Lamar Institute of Technology Regional Police Academy in Beaumont and when probationary police officers begin orientation in the Port Arthur Police Department. He is working on devising a defensive tactics refresher course to be held every year or every other year.

Warner said he has taught the technique of kneeling on the middle of someone’s back to gain control.

“What we follow is the PPCT, which is the pressure point-control tactics,” Warner explained. “It’s a nationally accredited defensive tactics technique. Whenever we’re doing a felony takedown, which is usually somebody who has committed a violent offense, we take them to the ground and we have a technique we use, the knee on the middle of their back that forces their body to the ground and makes it difficult for them to get back up. It’s just a control technique to get their body on the ground.”

Floyd, 46, was arrested on suspicion of a counterfeit $20 bill.

Warner said he’s never used the technique on anyone’s neck or for as long as Chauvin did to Floyd.

“As far as the tactic, I know some people have used it, but I don’t agree with the term, the 8 minutes,” Warner said. “He was handcuffed. He was no longer resisting because he was handcuffed, and the tactic of kneeling on someone’s neck, I’ve never used and I’ve never sat on somebody that long.”

Duriso tried to process Chauvin’s reasoning during the arrest and came up with no reason for the fatal actions.

“I’m not saying an officer couldn’t end up in that situation. I’m not going to sit here and be naïve enough to say that. That’s anywhere in the U.S.A. that could happen. This one is in Minneapolis.”