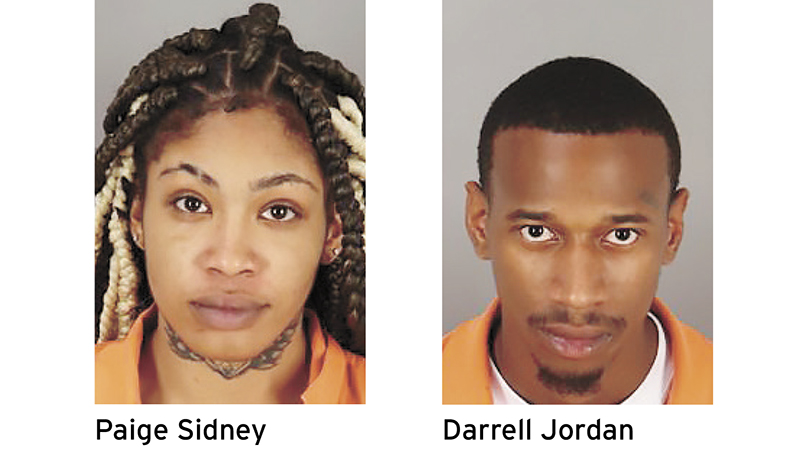 BEAUMONT — A Groves woman and a Beaumont man are facing charges of human trafficking after police located a missing juvenile in a hotel room last week.

Paige Sidney, 19, of Groves and Darrell Jordan, 22, of Beaumont were arrested at approximately 8:25 p.m. Thursday at the Executive Inn & Suites, 4085 Interstate 10 in Beaumont.

Police in Beaumont responded to the Petro Truck Stop at Walden Road and I-10 in reference to the missing juvenile. The information they received sent them to several hotels in the area in an attempt to locate the victim before they were told she was last seen at the Executive Inn, according to a press release from BPD Officer Haley Morrow.

Officers found the missing juvenile and a second juvenile inside a hotel room with Jordan and Sidney, and authorities said evidence on scene indicated human trafficking.

Beaumont Police Department Special Crimes Detectives were called and responded and placed the two adults under arrest for trafficking of a person, and Jordan was also charged with felon in possession of a firearm.

Morrow said the two are being held with no bond.

The Texas Penal Code states a person commits the offense if they knowingly traffic another person forcing them to engage in prostitution or other forced labor.

Morrow said the crime is a first degree felony.

“We are hoping this will lead to other arrests. Technically we are always hoping to break open a big case,” Morrow said when asked if there would be more arrests in the case. “We know that with I-10 coming right through Beaumont, there are likely a lot of cases that are either here or travel through here. The investigators will definitely investigate it and, hopefully, if they come across more, save as many as possible.”