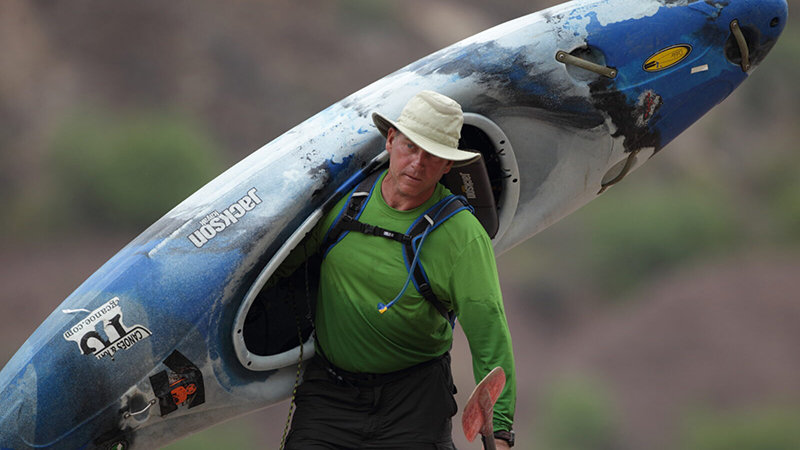 West Hansen, blogger, traveler and avid paddler, completed a 13-day expedition around the Texas coast, riding the waves of South Padre Island to the tip of Port Arthur.

“I had a team of three, me and two other guys, and we were going to kayak the Northwest Passage because that hadn’t been done this year, but we didn’t want to take COVID-19 up to the Inuit … so we cancelled that,” Hansen said. “We needed something to do. We decided we’ve never done the Texas coast before, so we might as well go do it. So that’s what we did.”

Hansen, whose wife Lizet is from Brownsville, decided to make a trip from one hometown to another, making stops in Rockport, Matagorda, Galveston, Crystal Beach and High Island.

At the finishing line, Hansen was met with familiar smiling faces.

“It was great,” he said. “When I finished trips in other countries there was no one there, but when we finished this one my whole family was here. My sister had this great chicken and baked potato salad waiting for us. It was wonderful to see my whole family here. That meant a lot.”

At 46, Hansen travelled out of the country for the first time to participate in the Great River Amazon Raft Race along the Amazon River in Peru.

In 2014, Hansen completed the first kayak source to sea navigation of Europe’s longest river, the Volga River in Russia.

An in-depth profile on West Hansen will be available in the July/August edition of Greater Port Arthur: The Magazine.