More photos, video from protest against racism, police brutality at the Pavilion 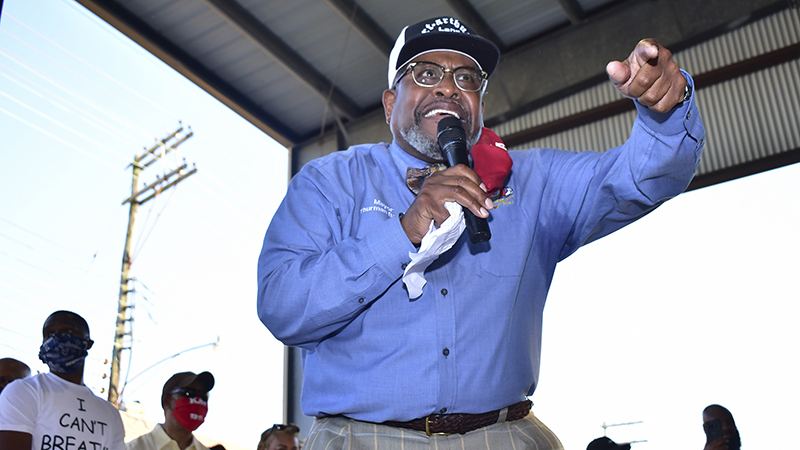 By 6:30 p.m. Tuesday, the scheduled start of the NAACP- and city of Port Arthur-organized protest rally against racism and police brutality drew a capacity crowd to the Pavilion in downtown Port Arthur.

The protest lasted approximately an hour inside the Pavilion, but it continued across the neighborhood, as protesters marched south of the facility down Procter Street, went into a neighborhood and convened at the Jefferson County Sub-Courthouse for more demonstrations as the sun went down.

Hilton Kelley addresses the crowd at a protest rally at the Port Arthur Pavilion pic.twitter.com/jNOzJihZR3

Port Arthur Police Chief Tim Duriso said he received no reports of any physical interactions between his officers and protesters.

The rally drew hundreds of citizens in memory of George Floyd, a Houston native who died after a Minneapolis police officer pressed his knee down Floyd’s neck to subdue him during an arrest for allegedly exchanging counterfeit money at a deli. The officer in question was charged with murder of Floyd. He and three other officers were fired.

Thomas Lane, 60, of Port Arthur was among those who arrived early for the rally.

“I have two grandsons, one granddaughter and a host of nephews and nieces,” Lane said. “I want people to know we as black people are tired. We love people. I’m a people person. My pastor is white. We want the same love we show to other people.”

“We see the protests,” Woods said. “We see the riots. We see a lack of change. We feel responsible to uplift fellow human beings.”

Woods added that white people need to speak up whenever “bad things” such as Floyd’s murder occur. 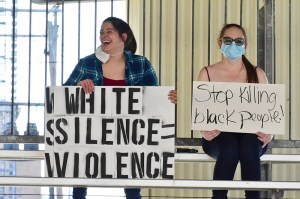 From left, Alexandra Wyble and Lauren Woods, both of Vidor, take their seats before the start of the protest rally. (I.C. Murrell/The News) 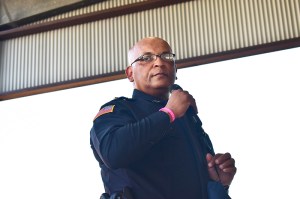 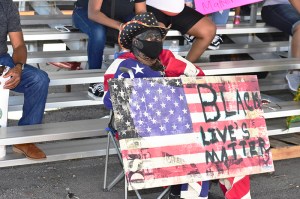 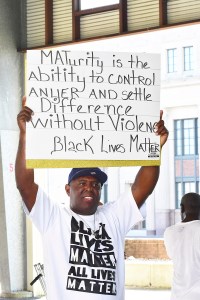 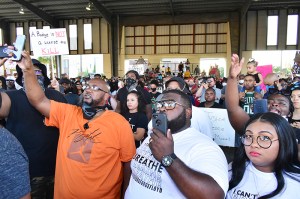 Protesters record and listen to a speaker during the rally at the Pavilion. (I.C. Murrell/The News) 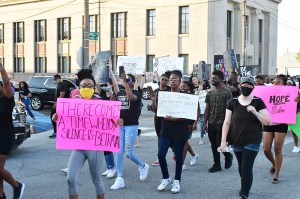 Protesters recited chants including “Black Lives Matter!” and “No justice, no peace!” inside the Pavilion and while marching in downtown Port Arthur. (I.C. Murrell/The News) 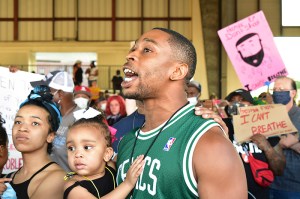 Parris Olliver, 26, of Port Arthur speaks out during a speech toward the end of the protest rally Tuesday. Olliver said he’s outraged and nervous that his children, who are 3 and 2, may become victims of racism or police mistreatment. Olliver later was allowed to address the crowd on stage. (I.C. Murrell/The News)