KWON BILL — What will it take for there to be a change? 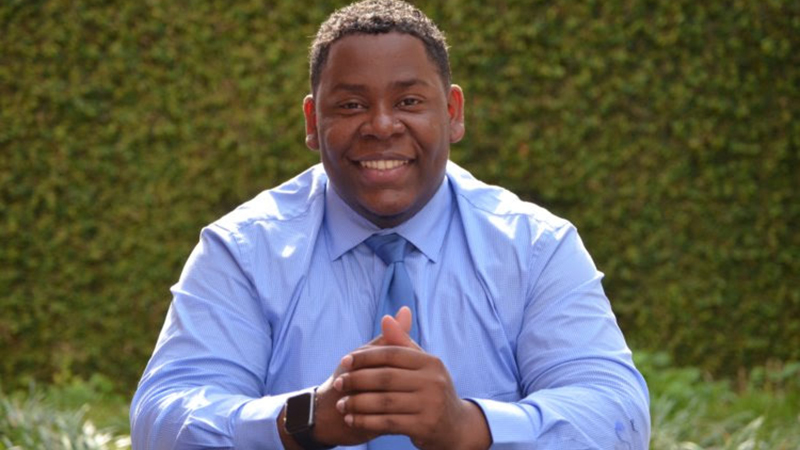 At the current moment, there’s a nationwide protest for George Floyd, a man who was murdered with a knee to the neck by Derek Chauvin. If you don’t know by now, Chauvin was a former Minneapolis cop who was charged with third-degree murder and second-degree manslaughter.

The nationwide anger is real, and it is something that has been boiling for some time in the black community. The deaths of Eric Garner, Tamir Rice, Michael Brown, Philando Castile, Alton Sterling, Sandra Bland, Walter Scott, John Crawford III, Oscar Grant, Michael Brown, Ezell Ford, Breonna Taylor and many more has our community at a standstill.

It feels like no matter what we do, our people are targets for police deaths.

Colin Kaepernick was a former NFL quarterback who took a knee for police brutality on unarmed black citizens. In this crazy world we live in, we just watched a cop take a knee on a man’s neck and kill him. The world has a cruel way of bringing everything full circle. We gave Kap hell for taking that knee.

We heard people say, “you are disrespecting the flag” even though Nate Boyer, a former Army Green Beret, recommended this idea to Kap as a sign of respect. We also heard people say, “go back to where you came from” not understanding that this land was built on our ancestors back. A conversation that America still isn’t ready to have, but I digress. We watched a man put his career on the line for social justice and it didn’t end well for him.

Taking a knee was his way of peacefully protesting and where did it get him? Martin Luther King Jr., who is synonymous with peaceful protesting noted in his “Letter from Birmingham Jail” that “Nonviolent direct action seeks to create such a crisis and foster such a tension that a community which has constantly refused to negotiate is forced to confront the issue, It seeks so to dramatize the issue that it can no longer be ignored.” If you look at the history, his philosophy worked.

I think people tend to forget that Martin Luther King Jr. also said, “A riot is the language of the unheard.” I’m not here to debate whether peacefully protesting or riots work in this country. What I would ask anyone to do is look at the “why” behind the riots. If I’m being transparent, I don’t agree with the burning down of buildings and looting. On the other hand, as a black person in this country, I understand the anger that goes into these riots. I see people who are simply just fed up.

We tend to forget that riots and violence are a part of this country’s history. Did we forget about the Stonewall Riots? There were a series of riots by the LGBTQIA+ community against a police raid at Stonewall Inn.

Did we forget about the violence during the Civil Rights Movement? Did we forget about Rodney King? When four policemen were caught on camera beating this man in the street and they were acquitted in court. Once again, I will not debate whether this is right or wrong, but this shouldn’t be news to anyone.

We are fed up with being told to fix the problem of systematic racism when we didn’t cause it. We make up 13.4 percent of this world while whites make up 76.5 percent.

Hispanics make up 18.3 percent and Asians make up 5.9 percent. This is a battle that we will never be able to win alone, just look at the numbers. We are tired of not seeing people speak when they know right from wrong.

If you are logically thinking person, you know that a cop pushing his knee down on a person’s neck while he’s pended to the ground is excessive force.

We are tired of seeing black lives taken away for no damn reason. Sadly, when we peacefully protest, you give us prayers and thoughts. When riots happen, we get the police and National Guard sent on us. Whenever something negative happens in this county, it almost always impacts the African Americans/Blacks the worst. If you need proof, just look at Covid-19 as a prime example (once again, a conversation for another day).

My question to you, what will it take for you to finally listen to us? Martin Luther King Jr. and his following got sprayed with hoses and hit with bricks. Kaepernick lost his job in the National Football League for taking a knee. When we riot, we are called animals and thugs. Cassius Clay who later changed his name to Muhammad Ali lost everything while protesting against the Vietnam War. What will it take for you to hear us?

Kwon Bill is former resident of Port Arthur who left to attend Prairie View A&M for a B.A in Political Science. He also attended Texas State University for a Masters of Public Administration. He can be reached at kwon_bill@yahoo.com.