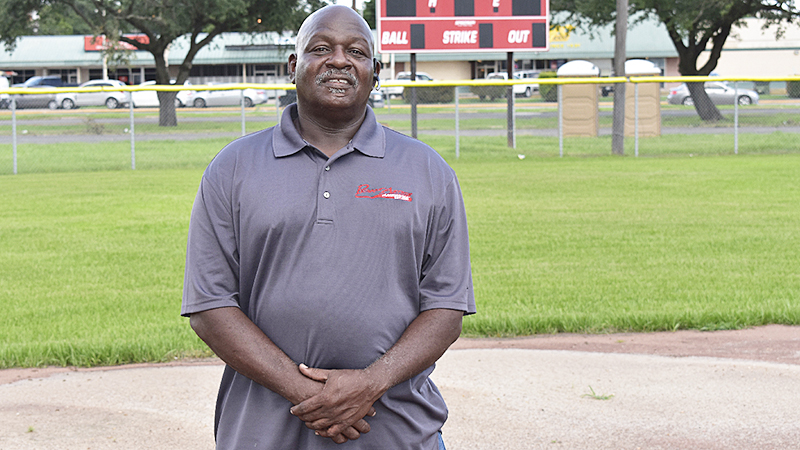 Dwight Fobbs said Port Arthur American Little League had just got in uniforms for 11 teams for the start of the spring season. Then COVID-19 shut them down a week before the season began.

Out of an abundance of caution, PAALL is cancelling this year’s season and will try again next year.

“It’s not wise right now to do that, and I just wouldn’t feel comfortable doing it,” Fobbs, the president of PAALL, said. “Me and the boys we talked about it when it first started to happen. It’s best not to, in the interest of safety and health for these children.”

The league will need to come up with a plan to implement practices to protect their players’ and coaches’ health during competition and practices before they can play again next season, Fobbs said.

“We have to keep on going so we’ll be doing the distancing, hygiene in the dugout and we’ll keep them six feet apart. How we’re going to keep them apart I don’t know. How we’re going to allow the people to come in and watch the games I don’t know that part yet either. We’ve been discussing it but it’s been overwhelming because we’ve never seen anything like this. We’ll have a plan we just need some time to get it moving.”
Fobbs expects that the hiatus will ultimately help PAALL come back stronger next year by showing parents the league is serious about the health and safety of their children.

“I don’t see how it’s going to hurt,” he said. “If anything it’s going to help because it’s going to give us more credibility. I’m not out there just trying to play baseball. It’s more of a life skills thing. I’m a mentor to youth, and it gives them a chance to evaluate what we need to do and how we need to do it. We’re trying to get 17 volunteers, and then we’ll spearhead it up and grow some more.

“I feel like where it stopped, it’s only going to pick back up at that spot and go higher than it was. I just believe that.”

In the meantime, the league is working with Port Arthur Parks and Recreation to renovate Adams Park, which Fobbs said would become the new home of the league. The league’s most recently used field at Pioneer Park across from St. Mary Hospital would be dedicated for tee ball and coach-pitch next season.

Urban Initiative, a component of Little League Baseball and Softball based out of Williamsport, Penn., helps sponsor little league programs throughout the United States in underprivileged areas by helping with equipment acquisition, capital improvements, field development and renovation, training programs and networking.

“It is inner-city baseball for underprivileged youth,” Fobbs said. “What it does is bring people with basically the same baseball background together — that’s underprivileged and don’t have any finances.”

“It’s more than baseball,” he said. “Baseball’s just the avenue that we’re using to go down, but the whole thing is mental, physical and spiritual development for our youth, girls and boys.”