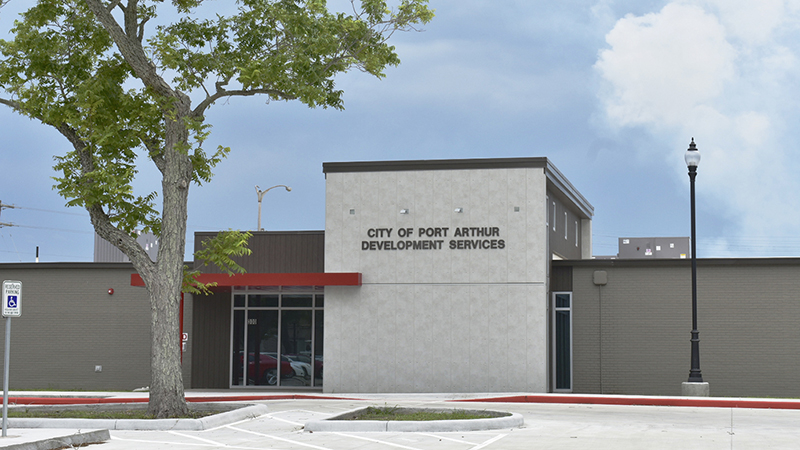 The City of Port Arthur Development Services Building could be named in memory of longtime Planning and Zoning Commission member Inell Moore, who served 48 years until her death May 7. (I.C. Murrell/The News) 5-28-20

The Pavilion in downtown Port Arthur is one step away from being renamed after a Vietnam War hero.

The Port Arthur City Council has asked for a resolution to be drafted for vote that would rename the Pavilion after Lt. Adam Ernest Simpson, who became the city’s first resident to die in the war on Oct. 3, 1965, at age 26. He had served one year when he died in Quang Nam on hostile ground.

“Council had directed me at that point to go ahead and do everything necessary to conclude and confirm the gentleman had given human service to the city and the country at large,” City Manager Ron Burton said.

“Through the legal department, we have confirmed through the Veterans Affairs that the records are correct and the presentation [Thomas Jones] gave was accurate. So, what we have done is take the second step to follow up and follow through on what I promised the council with the information based on the individual.”

Jones, a Port Arthur native and friend of Simpson’s family, suggested a name change to the council in December.

“I think it’s fantastic it occurred around Memorial Day,” said Jones, who lives in Arizona. “I didn’t realize they were moving on it in the background.” 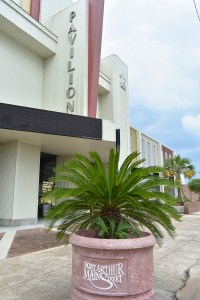 The Pavilion in downtown Port Arthur could be named in memory of Lt. Adam Simpson.

Jones said he would love to be at the Pavilion if and when it’s dedicated in Simpson’s honor.

Burton also recommended the Development Services Building, aka the “One-Stop Shop,” be renamed after Inell Moore, who served on the city’s Planning and Zoning Commission for 48 years until her death on May 7. She was 87.

District 3 Councilman Thomas Kinlaw III filed a successful motion for the resolution, which also asks Burton to inquire about adding either pictures or busts to honor Simpson and Moore in their respective buildings.

Completion of the $2.5 million Development Services Building, located near city hall on 4th Street, is projected for the end of summer.

Jones has an idea for a bust honoring Simpson.

“If they do the bust — the city manager mentioned he was in the [Lincoln High School] marching band — I would name it ‘The Drum Major.’ That’s what he was. He was a leader,” Jones said.

All meetings are conducted via teleconference and can be viewed at portarthurtx.swagit.com.