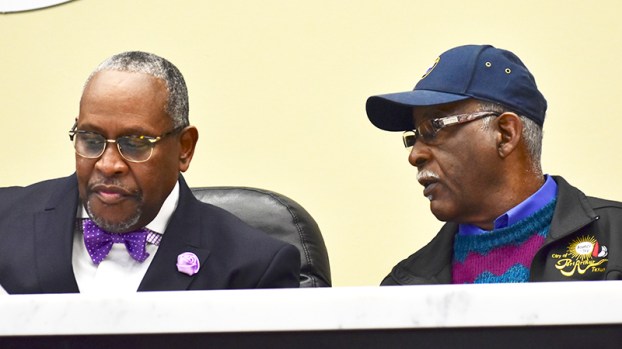 I.C. MURRELL — One voice for, against reopening does not fit all

Port Arthur Mayor Thurman Bartie’s concerns about reopening the economy have been well documented. Certainly, he’s not alone in the school of thought that stresses coronavirus is still lurking and its effects are exacerbated when people assemble in one venue.

The man who sits to Bartie’s left on the Port Arthur City Council dais (when the council chamber isn’t closed) cautions, however, Bartie’s thoughts aren’t the same as those of everyone else leading the city.

“At some point in time, you have to understand the economy,” District 4 Councilman Harold Doucet said. “You have to start reopening, but the way you do it is the way the governor [Greg Abbott] is redoing it. When he opened … he put restrictions in place to protect the citizens. The key to social distancing is, don’t get within 6 feet. In most cases, wear a mask.”

Sounds simple enough, right? Live life, understand things are a little bit different, move around, shop for your necessities, get out and enjoy a little fresh air, and stay out of everyone’s way, basically.

Oh, and just so you don’t sneeze toward anyone and protect yourself if you find yourself in close proximity to someone, keep your face covered.

To Doucet’s point, Bartie’s thoughts don’t speak for the entire council. But to Bartie’s credit, his concerns are well founded.

Since the declaration of a pandemic on March 11, the number COVID-19 cases exploded in America as testing became more available.

There are no greater reminders of the impact of coronavirus than talking to the families of those who lost someone special to the disease. The families deserve a lot of love and respect for sharing with us their stories.

Opening the Texas economy, however, is not a case of “public health vs. public wealth,” Doucet said, referencing Bartie’s view of things.

“The way [Abbott is] opening, it’s in line with public health,” he said. “It’s not public health vs. public wealth. You have citizens off of work because of these restrictions and all of that.”

At some point, unemployment benefits will no longer exist to help people who cannot work due to COVID-19, Doucet added. He could be right.

“What if a person goes into a hospital, gets fully treated and is going to work?” Doucet asked rhetorically. “Then, you have a person laid off who’s not able to go work. Who is worse off?”

Not having the resources to live healthy is no healthier than having to face the virus head-on. Instead of fighting public health, public wealth supports it.

We may as well keep the dollar moving.

PAISD gets ready for all-virtual summer classes; next school year’s plan is under discussion