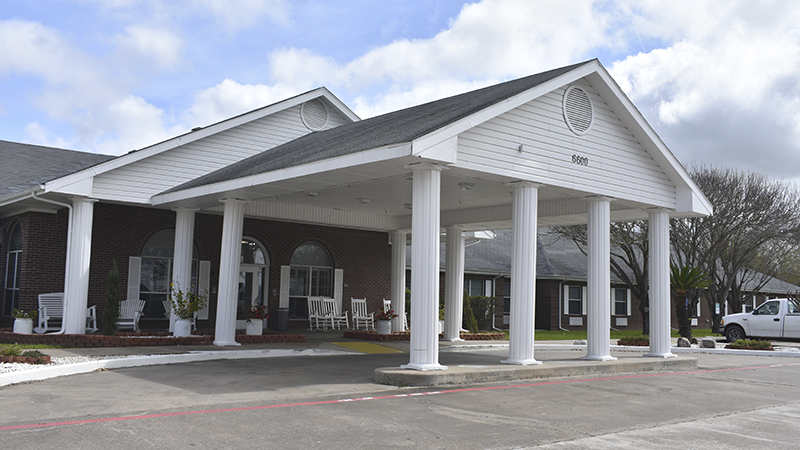 COVID-19 testing is underway at nursing home facilities across the area this week in response to Gov. Greg Abbott’s orders.

Last week Abbott directed the Texas Health and Human Services Commission, the Texas Division of Emergency Management and the Texas Department of State Health Services to test 100 percent of residents and staff at Texas nursing homes. The governor also instructed the agencies to develop and implement a plan based on guidance of Vice President Mike Pence and Dr. Deborah Birx.

Bonne Vie Skilled Nursing Community in Port Arthur and Magnolia Manor in Groves, both of which are owned by Cantex Continuing Care Network, began testing this week.

Melody Chatelle, a spokesperson with the company, said there are 275 people being tested at Bonne Vie and 200 at Magnolia Manor.

Sometimes nursing home employees will work at other facilities and this is not the case with Bonne Vie, though one employee at Magnolia Manor works at another sister facility operated by the same organization.

The spokesperson said a contracted lab provider is performing testing, and there is no cost to the person being tested. Results will likely be in by the end of May, if not sooner.

Both facilities have a plan in place should there be positive results.

There have been no positive cases of residents or staff at either of the facilities, she added.

Senior Rehabilitation and Skilled Nursing Center and Gulf Healthcare Center, both of which are in Port Arthur, are managed by Southeast LTC.

“Right now we are currently working with our local and state agencies to adhere to the governor’s recommendations,” spokesperson Nancy Farek said in a statement to The Port Arthur News in response to emailed questions.