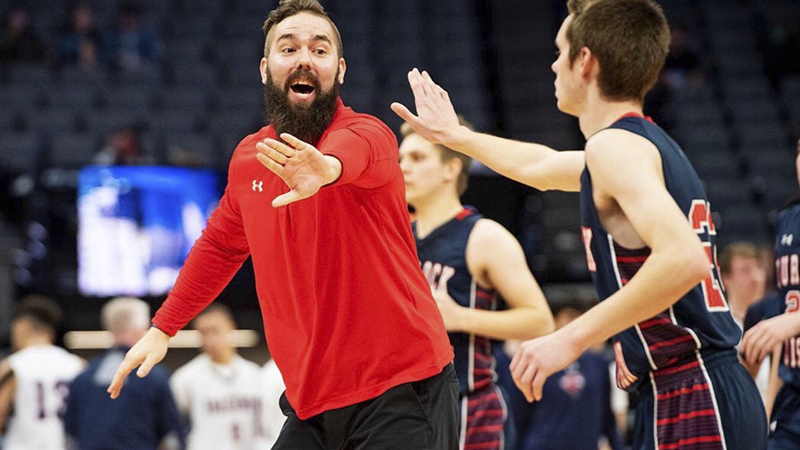 Travis Thompson is coming back home to Southeast Texas.

“I was just so tired of doing three, four, even five things,” Thompson said. “When Legacy presented the fact that I could do one thing and just be a full-time AD, I jumped at it.”

Working remotely from his AD position at Faith Christian Academy, Thompson has already gotten the ball bouncing at Legacy, starting the process of picking a new head football coach and signing a deal with BSN-Nike to outfit Legacy athletes in consistent gear.

“We just signed a BSN-Nike school deal for all of our athletes and coaches,” Thompson said. “We are going to deck them out in Nike. That might be small to some, but to us that’s huge because it creates consistency. Kids love gear and I love playing ball with gear. Just getting that was awesome.”

Going forward, Thompson is getting acquainted with the Texas Association of Private and Parochial Schools and wants to have Legacy Christian host as many home games and tournaments as they are allowed.

“I’ve made contact with my coaches and laid the expectations because as Christians we can’t be mediocre,” Thompson said. “I want the best coaches in the area to really be great mentors and leaders. We definitely want to focus on the right people on the bus.”

Thompson played Division I basketball after graduating from PNG, beginning at Centenary College in Shreveport, La. He transferred to Bethany University in California and then to Northland International University in Wisconsin.

He’s even played on national teams in Guatemala and El Salvador.

“It was pretty cool because the head coach let me have control of all the offense,” Thompson said. “I felt like an offensive coordinator on the basketball floor. He gave me a lot of freedom, where I got to learn and grow being that much in the trenches in the college rank.”

After Northland was shut down, Thompson accepted a job as a basketball coach and Bible teacher at Maranatha Christian Academy in Kansas. The previous season, Maranatha’s basketball team’s record was 1-19.

“The only thing I wanted to know was if I was going to be supported with my vision to coach the way I wanted,” Thompson said. “The first year we had the best record in 17 years, and then the second year we had the first winning record in over 20 years. Then the third year we were 20-3, the highest win percentage and second most wins in school history.”

Maranatha ranked as high as No. 3 in Kansas Class 2A, the highest in school history.

That year Thompson was tabbed as the Turlock Journal’s Coach of the Year, and was named coach of the All-Star team by his fellow coaches.

Thompson believes he’s called to rebuild programs like the ones at Turlock and Maranatha.

“I think God has called me to rebuild programs and get them better than when I found them,” he said. “One of the quotes I always live by is, ‘Leave it better than when you found it,’ and that’s what my college coaches always taught me.”