A Port Arthur Police officer who was struck by a suspected drunk driver remains off-duty as he recovers from non-life threatening injuries.

PAPD Officer Rondal Bingham and another officer were investigating a report of a loud noise disturbance at around 10:41 p.m. Friday in the 5100 block of Seventh Street when the collision occurred.

Texas Department of Public Safety is the lead in the case as it involves another law enforcement agency.

DPS Sgt. Stephanie Davis said the PAPD patrol unit was parked at a residence on Seventh Street. The officers were standing in a grassy area near the patrol car when one of the officers noticed a 1995 Chevrolet pickup truck approaching at a high rate of speed.

Officer Bingham was injured and brought to St. Elizabeth Hospital in Beaumont with non-life threatening injuries and later released.

The other police officer was not injured.

The driver of the pickup truck, identified as Malachi Sparks Wright, 27, of Port Arthur, was not injured in the crash, Davis said. 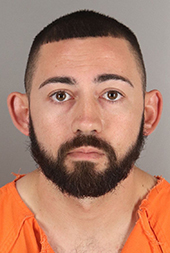 “Through the course of the crash investigation, Wright exhibited several signs of intoxication and was arrested on the suspicion of driving while intoxicated,” she said. “Wright was charged with intoxication assault and transported to the Jefferson County jail without further incident.

PAPD Chief Tim Duriso said just hearing one of the officers was hurt was “very unsettling.”

“I started thinking about his family,” Duriso said of Bingham, who has been with the department for about two years.

The police chief said he has had numerous calls from people checking on the condition of the officer, including city councilmembers, the last of which was Thomas Kinlaw III.

“I thank God he (Bingham) is to the point where he is now and it was not as serious as I envisioned,” Duriso said.

According to the National Law Enforcement Officers Memorial Fund, 775 officers died due to motor vehicle related incidents from 2005 to 2017 from being struck or in crashes.

In 2011, Beaumont Police Officer Bryan Hebert, who was a Groves native, died after being intentionally struck by a vehicle as he was removing a reflective vest and stop sticks from his trunk at the intersection of Dowlen Road and Ivanhoe Lane.

Other officers were in pursuit of a man wanted for assaulting his mother and grandmother and Hebert was assisting in the case. The driver was charged with capital murder, pled no contest and sentenced to life in prison in March 2013, according to the Officer Down Memorial Page.

In 2007, Beaumont Police Officer Lisa Beaulieu was struck and killed by a drunk driver while investigating an earlier accident on Eastex Freeway.

Beaulieu was on the passenger side of the vehicle speaking with the occupants when a drunk driver drove up to the scene, swerved onto the shoulder, drove in between the vehicle and guardrail and struck her.

Beaulieu was thrown over the wall of the overpass and landed on the service road below.

The driver was charged and convicted of intoxication manslaughter and sentenced to 11 years in prison.

Duriso asked that a person who is going to drink to call a designated driver or use some of the services available and not get behind the wheel.