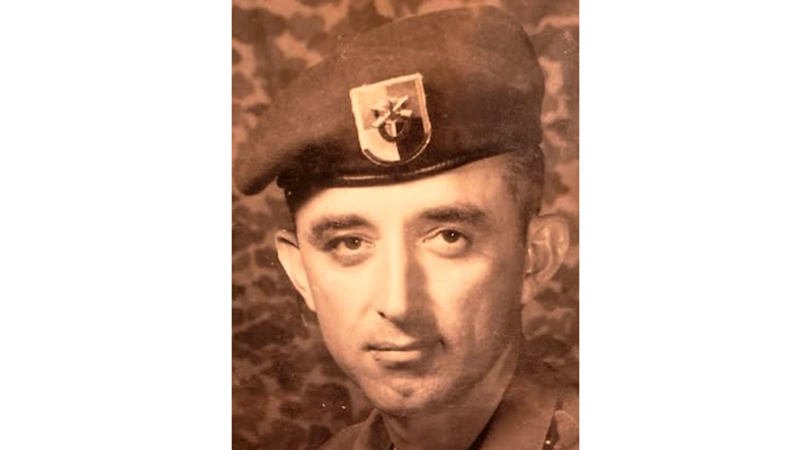 He was a great patriot, a great husband/father, and a great family man. He was born in Port Arthur, Texas on March 28, 1926 to Antonio and Consuelo Gonzales.

He grew up in Port Arthur with 4 brothers and sisters, Alicia, Alfred, Sapopa, and Tony, all of which preceded him to heaven.

At the age of 17, Jesse enlisted in the Navy.

He served in the Pacific during WW2.

He later re-enlisted, but this time in the Army.

He served 3 tours of duty in Vietnam.

He was one of the original Green Berets, where he was decorated with 1 Silver Star, 2 Bronze Stars, and 2 Commendations of Valor.

Jesse retired from the military after 27years and made his life in Port Arthur.

He spent the next 25 years working for the USPS.

After retirement from the USPS, he became one of the founding members of the Veterans Memorial Park, where he spent countless hours helping to create a memorial for his comrades of arms.

He lived his last 7 years with Ron Gonzales in Flower Mound, Texas enjoying his time with his grandchildren & great grandchildren.

Services will be in Port Arthur, Texas at Clayton Thompson Funeral Home.

In light of COVID-19 health concerns, do not hesitate to wear protective masks and/or gloves if you elect to come to the services.