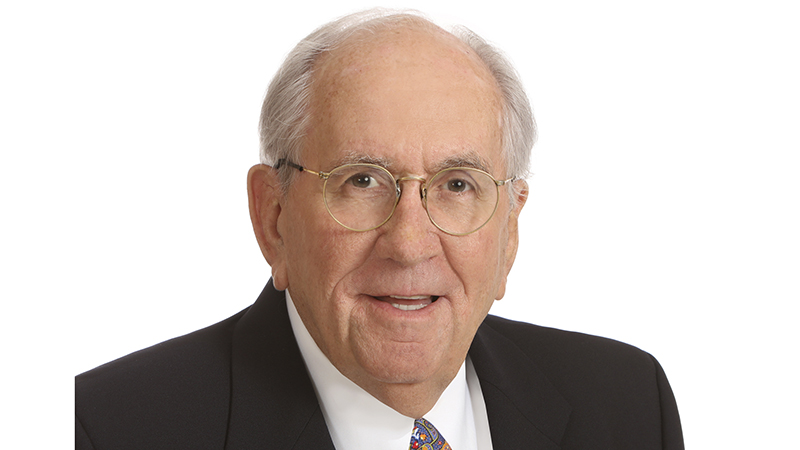 The international professional organization presents the Brady Award annually to recognize the service to sports medicine of an individual who has made a mark on his or her local community.

Since 1999, the award has been given to an orthopedic surgeon who has been dedicated to excellence in sports medicine on the local level with local athletes.

DeLee continues to serve as a team physician for multiple San Antonio-area high schools, and he estimates he has provided medical coverage for more than 800 high school football games over the past 45 years.

He grew up in Port Arthur, played football for Thomas Jefferson High and credits Yellow Jackets head football coach Clarence “Buckshot” Underwood for encouraging him to go to college and ultimately pursue a medical degree.

He then earned a fellowship in joint reconstructive surgery in Wrightington, England, with Sir John Charnley, who pioneered the procedures for total hip and knee replacements.

DeLee joined the faculty of the Department of Orthopedic Surgery in San Antonio in 1978 and served as a full-time faculty member until 1983. He maintains a clinical professorship in the department as well as privately practices sports medicine at OrthoSA in San Antonio.

In 1994, DeLee and Dr. David Drez co-edited Orthopedic Sports Medicine, the leading textbook on the subject.

DeLee, chairman of the University Interscholastic League Medical Advisory Committee, has served in that capacity since its inception in 2000. This committee is responsible for oversight of all medical aspects of high school athletics in the state of Texas.

He has furthered education in sports medicine through his chairmanship of the annual Symposium on Sports Medicine, jointly sponsored by the UTHSCSA Department of Orthopedics and the Department of Athletics at the University of Texas at Austin.

DeLee is the father of three daughters and 13 grandchildren.

— By Bob McCullough, Special to The Port Arthur News