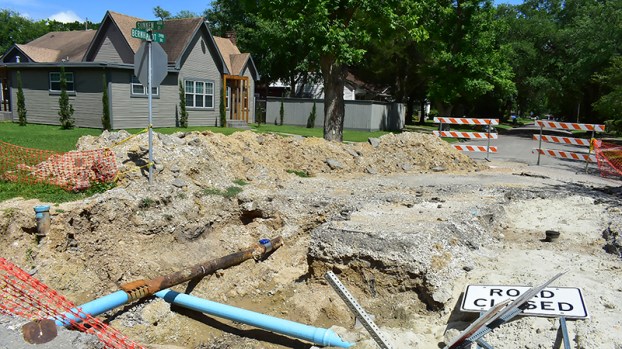 Port Arthur has commenced the second round of its $14 million project for the renewal of its streets.

The latest stage involves a number of reconstruction projects the city council unanimously approved Tuesday. Among them, Sunken Court is being reconstructed from Twin City Highway to North Park Drive for the tie-in of a waterline at Bernhardt Drive, increasing the contract value of the work by Excavation and Construction LLC of Port Arthur by more than $11,000 to $2,320,775.27.

Excavation and Construction was also awarded a $969,259.28 contract for reconstruction of Forest Drive from Evergreen Drive to Woodrow Drive.

City Manager Ron Burton said the city found a few minor surprises during the first round of roadwork but nothing major to cause a “definite hiccup.”

The city council on Jan. 7 allocated $10 million for the reconstruction of its roads and $4 million for remediation. Burton at the time hoped citizens would begin seeing results of the street work within three months. 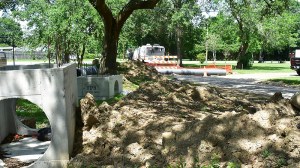 Alberto Elefaño, the city’s director of public works, said no deadline has been set for the improvement of roads, but his staff is working on completing them as quickly as possible.

He added city workers learned plenty from the first round of work.

“One of the things we’ll do is probably utilize more of our city folks as far as inspections,” he said. “That would eliminate some of the time and make it faster for us when we have to do those reconstructions.”

Precautions against coronavirus caused many of the businesses the city utilizes for asphalt and other materials to temporarily close while crewmembers were working on roads.

“A lot of the projects we have, my crew is getting better and better as far as doing the streets,” Elefaño said. “We’re looking into getting these streets done a lot faster.”

For the second round, Elite Construction & Equipment of Kirbyville will begin work on the third and fourth phases of Lakeshore Drive reconstruction from Lakeside Drive to Stadium Road. The project will come at a $2,599,396 cost to the city.

The city approved contracts for asphalt, oil and emulsions, as well as dirt materials and transportation, for a total of $600,000.

The city has agreed to a closure of the east end of Austin Avenue from 5th Street to the alley behind the Port Arthur Economic Development Corporation building for the remodeling of the Federal and Adams Buildings through Dec. 31, 2021. The transaction costs SpawGlass Construction Corp. only $329.11 to the city.

Friday will mark the two-year anniversary of Motiva’s purchase of the Adams and Federal buildings to transform them into campuses as part of Port Arthur’s downtown revitalization project. Both buildings are being renovated at a cost of about $10 million.

Motiva estimated an open date of late 2021 for the buildings when they were purchased.

“As far as I understood, they’re still on schedule,” Burton said. “They’re hammering away as much as possible.”